Sure, the maze gets boring every so often. And yeah, there’s not much variety in the food. But compared to... 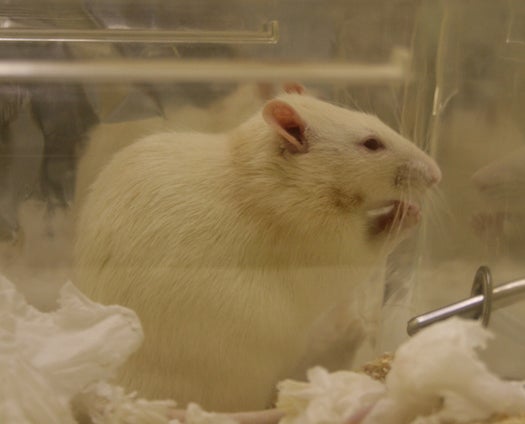 Sure, the maze gets boring every so often. And yeah, there’s not much variety in the food. But compared to the kill or be killed world of the wild, being a lab rat is a pretty good life. So good, in fact, that researchers at the National Institute on Aging (NIA) believe many lab rats are so overfed they distort research results from experiments intended to help cure everything from cancer to Alzheimer’s to, you guessed it, obesity.

According to the NIA, the common practice of allowing lab rats and mice constant access to food, but not exercise, has resulted in some test subjects getting so fat that their health fails as a result. Not only does the high weight of the lab animals compromise any comparisons between the effects of drugs on the animal and the potential effects on a health human, but the animals develop weight-related health problems that researchers mistake for drug side effects or disease symptoms.

To combat this problem, the NIA suggests simple solutions like only feeding the animals every other day or putting a running wheel in the cage with the rats.

Rats and mice are model organisms used as proxies for humans in a wide range of pharmaceutical, behavioral, and genetic experiments. This new finding casts suspicion over an entire body of research. Scientists, doctors, researchers, please, let’s get these rodents a personal trainer or something, because I don’t want to potentially miss out on a cure for cancer because Micky and Minny didn’t want to run some laps.