Gosh, look at all those dark materials ... I mean dust 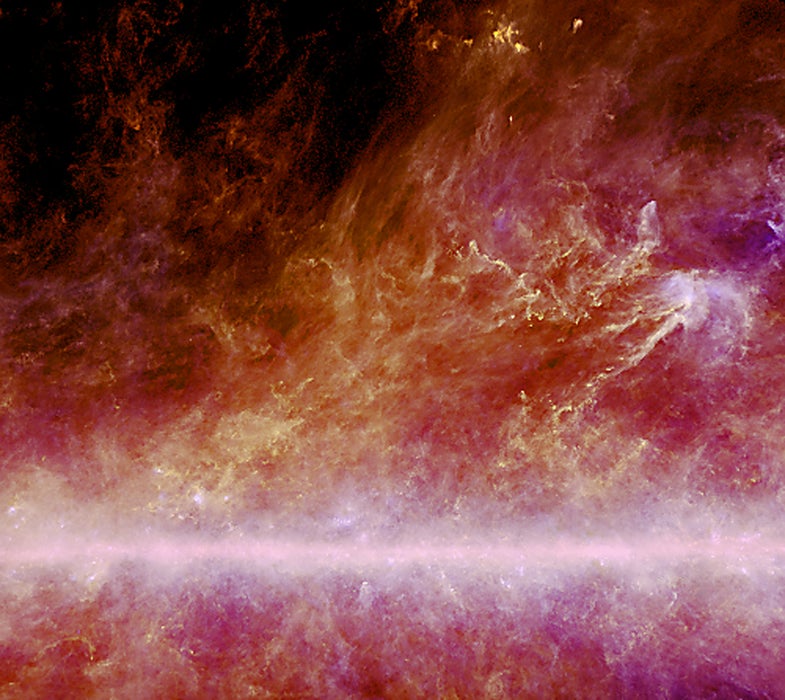 Huge filaments or threads of interstellar dust link to our Milky Way galaxy, seen as a bright pink horizontal in a new image taken by the European Space Agency’s Planck satellite.

Planck is the first European mission to study leftover radiation from the time of the theoretical Big Bang, or the beginning of the universe. The satellite launched alongside the Herschel Space Observatory in 2009, and has since helped astronomers understand both the origins of the universe and the formation of galaxies.

Warmer dust appears in the plane of the Milky Way, and brighter spots in the image represent denser clumps where star nurseries may be forming.

Astronomers remain unsure as to why the dust takes on the shapes that it does. Galaxy rotations create spiral patterns, gravity tugs every which way on dust and gas, and radiation from stars also pushes the dust around. Magnetic fields may also have a more subtle influence.

If that image has you excited, we’d recommend checking out an IMAX-sized cosmic flythrough of the universe, courtesy of Hubble 3D‘s Hubblegasm.