A Dose of Embryonic Cells Could Induce Infant-Like ‘Plasticity’ in Brain, Allowing it to Rewire Itself Like New

The brain is the body’s most complicated biological machine, and as such it can be very difficult to service when... 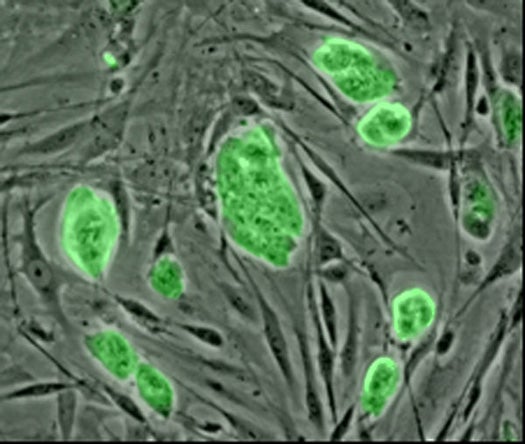 The brain is the body’s most complicated biological machine, and as such it can be very difficult to service when something goes wrong; after our neural wiring is put in place, at a very young age, altering or rebuilding it becomes extremely challenging. But researchers at UC San Francisco have figured out a way to induce a new period of “plasticity” — a state in which neural circuitry is receptive to change — in the visual cortices of mice, a breakthrough that could lead to treatments for brain circuits damaged by developmental problems or traumas.

All regions of the brain go through periods of high plasticity at various times in the development process during early life. During this time, neurons are highly responsive to signals — in the case of the visual cortex, visual signals — that shape the way they will function going forward. Through a process known as synaptic transmission, the cells rapidly relay signals from one appropriate cell to the next, creating the neural circuitry that enables functions like vision.

In the visual cortex, this state of plasticity is brought on by neurons that release the inhibitory neurotransmitter GABA. That got the UCSF researchers wondering: if embryonic neurons that mature into GABA-producing cells were inserted into a damaged visual cortex, could plasticity — and hence circuitry repair — be induced?

The answer, it seems, is yes. The team first took a group of mice during their normal period of visual cortex plasticity (at about four weeks of age) and deprived one eye of each mouse of visual signals, allowing one eye to develop fully while the other eye did not. They then transplanted some immature embryonic neurons into the animals’ visual cortexes. As the embryonic cells matured over time, they dispersed throughout the cortex, grew into GABA-producing inhibitory neurons and began to make synaptic connections, catalyzing a second period of plasticity that allowed the deprived eye to recalibrate it’s circuitry properly.

The study suggest that it may be possible in the future to transplant immature neurons into the visual cortex and other parts of the brain damaged by stroke, trauma, developmental disorders, psychiatric illness, or aging, allowing the brain a second chance to wire itself like new.