Citizen Scientist May Be First to Have Found First Interstellar Dust 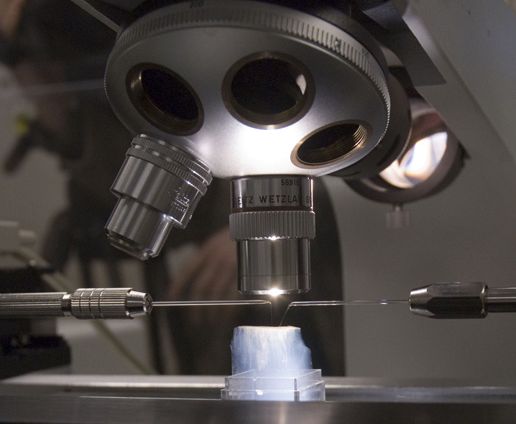 NASA’s aptly-named Stardust spacecraft may have returned the first-ever samples of interstellar dust to Earth. Scientists hope to confirm their possible discovery of two dust grains, based upon the sharp eye of a citizen scientist, BBC reports.

Scientists don’t kid when they say everything comes from stardust. The interstellar dust contains heavy atoms that formed within the fiery stellar furnaces. Those atoms later went on to make other stars, and eventually planets such as Earth.

The Stardust spacecraft deployed a dust collector with cells made of aerogel — a porous material — so that it could capture dust during a flyby of Comet Wild/2. But some of dust grains may represent interstellar grains, rather than pieces from the dirty snowball of a comet.

Stardust dropped off its sample capsule to Earth in January 2006, but has continued on a new four-and-a-half year journey to reach the comet Tempel 1.

NASA then enlisted the help of the public to try and find interstellar grains in the dust collectors. The Stardust@home website allows netizens to use a virtual microscope and scope out more than 700,000 individual images, which is how Bruce Hudson of Ontario, Canada first spotted the speck known as particle 30.

Scientists followed up on Hudson’s find and discovered another likely interstellar grain candidate. Hudson has since named the two grains Orion and Sirius — both appear to contain magnesium, aluminum, iron, chromium, manganese, nickel, copper and gallium.

The Stardust team can’t confirm the find just yet, and admits that it could be a false alarm. But Andy Westphal, a Stardust scientist from the University of California, Berkeley told the BBC that they were “cautiously excited.”

So c’mon, netizens! You should get cracking on those Martian craters via NASA’s crowd-sourced online game — you never know what might turn up.