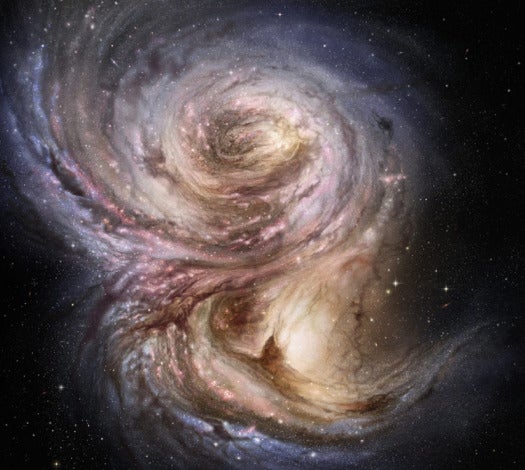 About 10 billion light-years away, SMMJ2135-0102 appears in such great detail because of a cosmic alignment that allowed researchers to capture it 16 times larger than it usually appears. M. Kornmesser/ESO
SHARE

Using a little astrophysical magic and the Atacama Pathfinder Experiment Telescope in northern Chile, astronomers at Durham University in England captured the best view yet of individual star nurseries in a galaxy a full 10 billion light-years from Earth. And all they had to do was bend a little light.

The star birth region above — SMMJ2135-0102, for those of you keeping cosmic score — is about 300 light-years across and contains concentrations of stars 100 times greater than similar regions in our own galaxy. Follow up snapshots taken with the Submillimeter Array in Hawaii further sharpened the view, revealing four star-forming factories in the galaxy.

But while images of the far cosmos are nearly always visually appealing, this one is especially intriguing because of the way it was captured. This faraway galaxy normally couldn’t be seen in such dramatic detail, but as chance would have it a huge cluster of nearer galaxies drifted into our line of sight to SMMJ2135-0102. Because massive bodies — like huge clusters of galaxies — bend light, the further galaxy appeared 16 times larger to telescopes here on Earth.

This view shows the nursery at its star-birthing peak when the universe was about 3 billion years old. And it’s true what they say: the miracle of birth is a beautiful sight to behold. 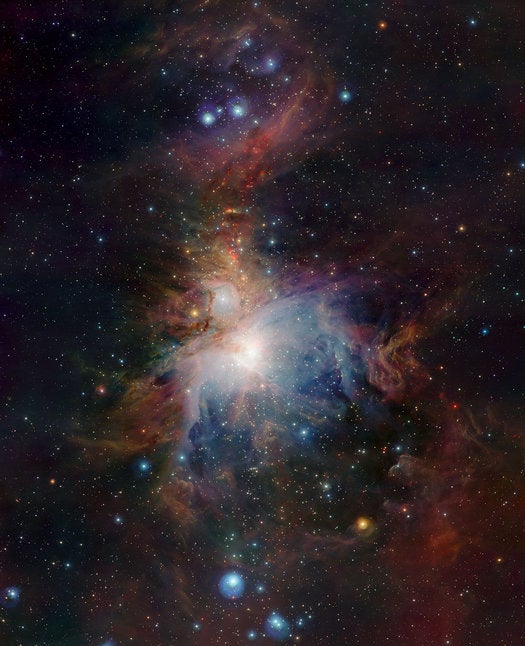 In this image of the Orion nebula, the VISTA telescope turned its infrared vision upon the young stars emerging in and around the visible cloud of gas enshrouding the stellar nursery. A red region directly above the center of the image reveals young stars that continue to form amidst clouds of interstellar gas. Such stars can eject gas at speeds of almost 435,000 miles per hour (700,000 km/hr).

Sharpest Image Yet of Star-Birthing Factories

About 10 billion light-years away, SMMJ2135-0102 appears in such great detail because of a cosmic alignment that allowed researchers to capture it 16 times larger than it usually appears. 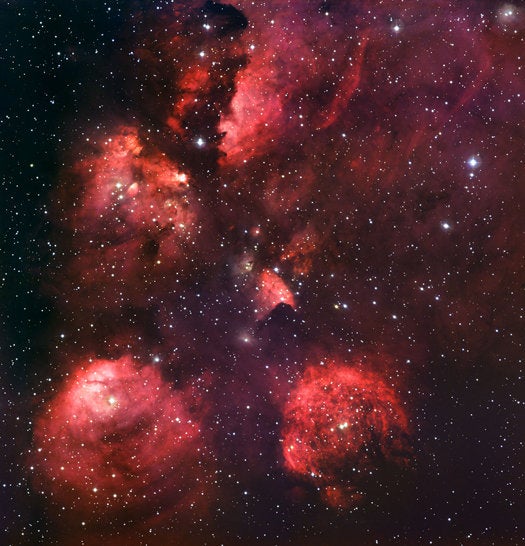 The Cat’s Paw Nebula is one of the most active star nurseries in our galaxy. Through beautiful swirls of gas and dust, this image captures a 50-light-years-wide swath of space that could be home to several tens of thousands of stars, including brand new blue stars just a few million years old, youngsters by cosmic standards. 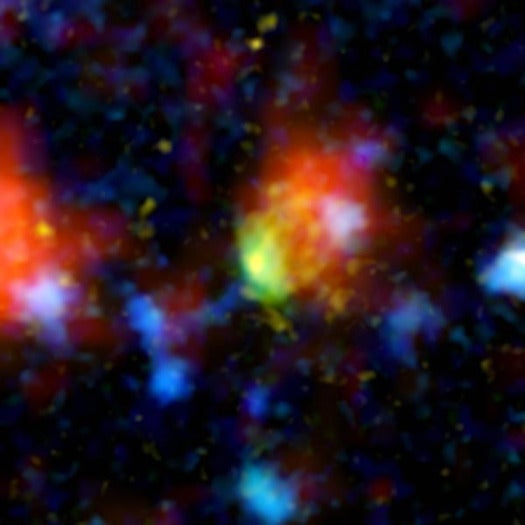 The Baby Boom galaxy is one busy mother. During the 12.3 billion year old period scientists are currently looking at, the galaxy produced between 1,000 and 4,000 stars a year. While impressive as such, that rate of star birth is even more unusual considering the universe was only 1.3 billions years old at the time. 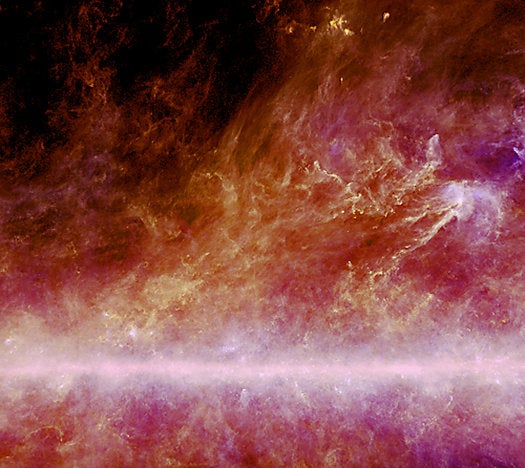 Huge filaments or threads of interstellar dust link to our Milky Way galaxy, seen as a bright pink horizontal in this new image taken by the European Space Agency’s Planck satellite. Warmer dust appears in the plane of the Milky Way, and brighter spots in the image represent denser clumps where star nurseries may be forming. 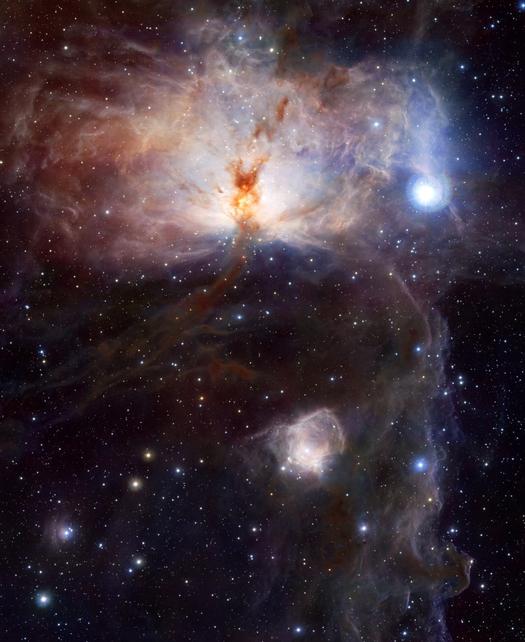 This VISTA image shows the Flame Nebula (NGC 2024), a spectacular star-forming cloud of gas and dust in the constellation Orion. In visible light, the flame is hidden behind thick clouds of dust, but infrared wavelengths reveal the cluster of hot young stars within.
Space
stars