If you fall into the niche category of eco-conscious boating enthusiast with a desire to circumnavigate the globe on a... 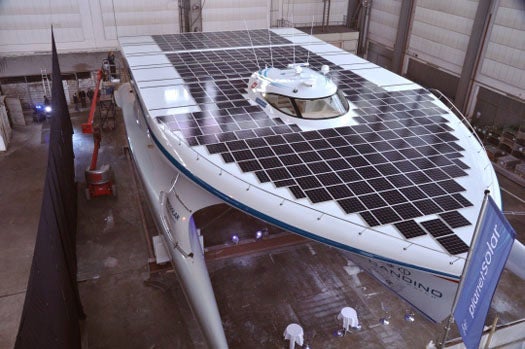 If you fall into the niche category of eco-conscious boating enthusiast with a desire to circumnavigate the globe on a 100-feet-long catamaran, your long wait is finally over. PlanetSolar – the dream of skipper Roaphael Domjan since 2004 and under construction since 2008 – was unveiled yesterday in Germany.

The yacht, which can carry up to 50 passengers at a not-so-blazing 15 knots (about 17 miles per hour) is powered purely by clean solar power. About 5,300 square feet of photovoltaic paneling covers the above decks, with 38,000 Sun Power photovoltaic cells harvesting sunlight at about 22 percent efficiency. And while rough weather is always a concern on the high seas, PlanetSolar can challenge overcast skies without hesitation; batteries below deck can store enough energy to propel the craft for several days without direct sunlight.

PlanetSolar will undergo testing beginning in March, with an around-the-world tour planned for 2011. During the 25,000 mile trip the ship will dock in various ports of call, including New York, San Francisco, London, Paris, Singapore and Abu Dhabi. 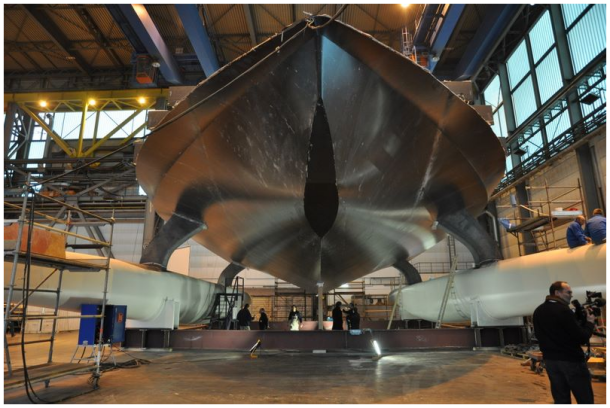