And Cassini was there to see it 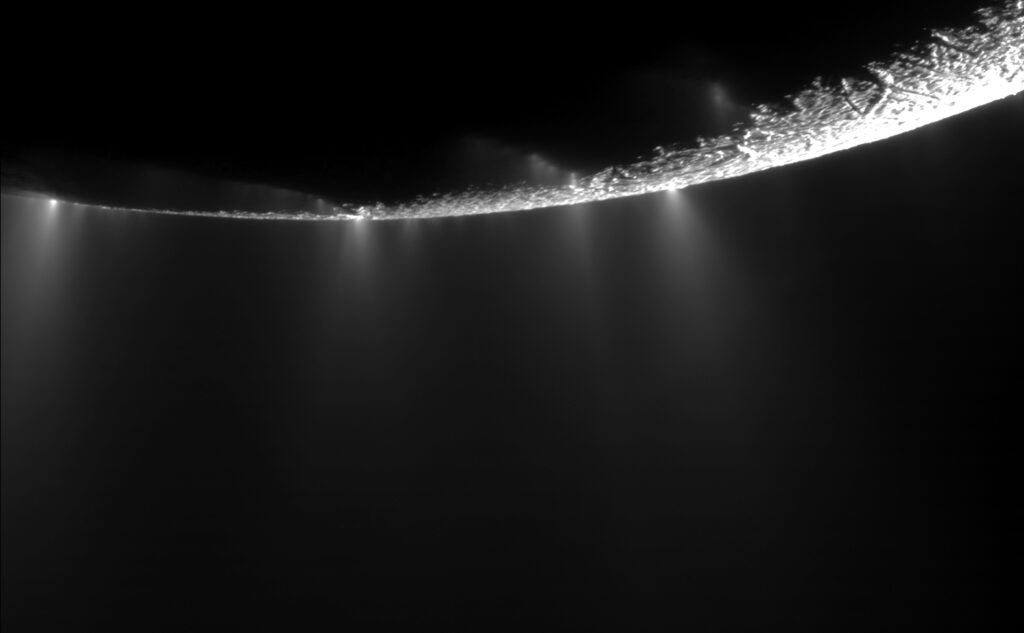 By the moons of Saturn!

NASA’s Cassini spacecraft has repeatedly taken the plunge into the icy jets of Saturn’s sixth-largest moon, and all in the name of science. Now the U.S. space agency has released the latest stunning image from Cassini’s November 21 flyby. Can you count the 30 jets in this image?

One jet that represented a more powerful spout in the past appears less prominent in this mosaic image, which comes from two high-res images captured by Cassini’s narrow-angle camera. More than 20 of the jets have never been identified before.

Scientists have long debated whether Enceladus could hold a salty ocean beneath its outer icy shell. Until the science gets settled, feel free to feast your eyes upon more Enceladus views here.