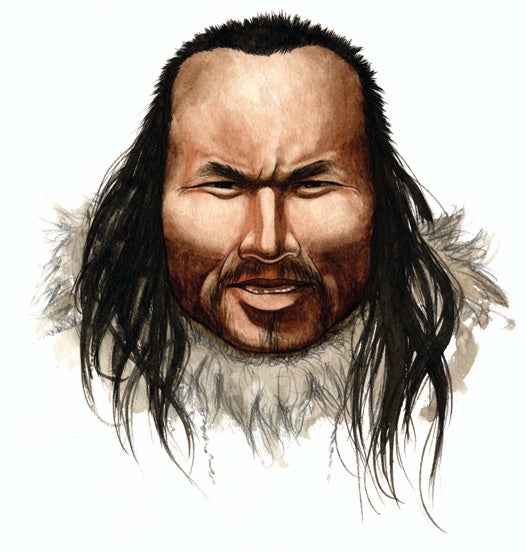 Scientists have sequenced the genome of an ancient human for the first time. An international team extracted DNA from 4,000-year-old hair found in Greenland’s permafrost. They were able to sequence an impressive 79 percent of the genetic material and shared a thing or two about this ancient Homo sapiens in this week’s issue of the journal Nature.

For starters, it’s a dude, and they nicknamed him “Inuk.” His DNA indicates that his ancestors left Siberia to travel to the new world before the ancestors of current natives of North America did. He also had brown eyes, thick hair, and darker skin.

And, of course, other key traits we were just dying to know: he had dry earwax (common in Asians and Native Americans), a propensity to baldness, and type A+ blood.

He was also inbred. Inbred to the same degree as someone whose parents were first cousins. And, if we are according to an artist’s impression from Nature, a fondness for the most fabulous hairstyle in all of human history: the mullet. Go ancient human.

But in all seriousness, this effort shows that with just the tiniest, damaged-by-the-sands-of-time artifact, scientists can now produce a genome almost as good as they do for modern people. And this ability could be an invaluable tool for learning more about how our old, old ancestors lived.