Producing a biofuel cheap enough to compete at the pump with oil has remained as elusive as a ghost on... 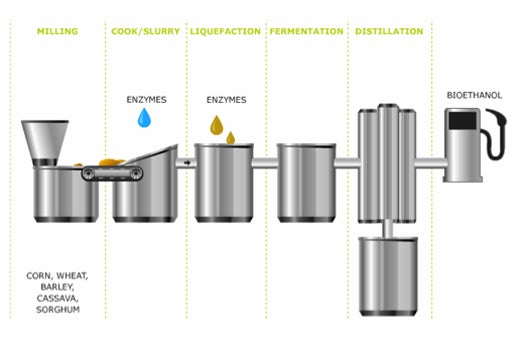 Producing a biofuel cheap enough to compete at the pump with oil has remained as elusive as a ghost on the walls of Elsinore castle. But this week, two Danish companies announced they had developed enzymes capable of breaking down cellulose into ethanol cheaply enough to produce $2-a-gallon gas.

The two companies, Genencor and Novozyme, both announced different cost-cutting enzymes at the 15th Annual National Ethanol Conference in Orlando, Florida. Obviously, the exact recipe of either enzyme remains a proprietary secret, but the fact that both multiple companies came out with cost-cutting enzymes at the same time represents a larger shift towards affordability in the ethanol market.

One of the major complaints about alternative energy is that their high price wards off consumers who can’t afford to switch, and unnecessarily punishes those who do. By lowering production costs, this advance could help make biofuels as affordable as they are sustainable.