After stirring controversy in medical circles for more than a decade, the inflammatory findings that a routine childhood immunization is... 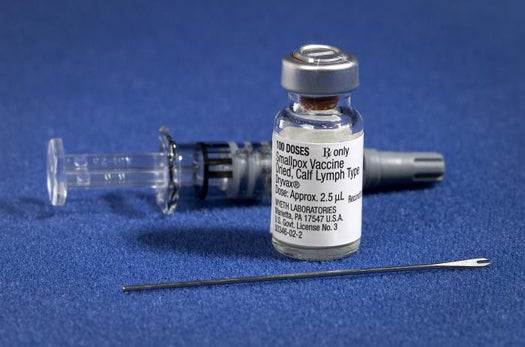 The Lancet has retracted a controversial 1998 paper linking childhood MMR vaccines to autism disorders, but a decade of anti-vaccine sentiment has cast a suspicion over routine inoculations that is harder to reverse.
SHARE

After stirring controversy in medical circles for more than a decade, the inflammatory findings that a routine childhood immunization is linked to gastrointestinal disease and autism has been formally retracted. The Lancet — the esteemed British medical journal that published the findings — has pulled the case study from its published record, its editor calling the paper “the most appalling catalog and litany of some the most terrible behavior in any research.”

The study was submitted by Dr. Andrew Wakefield, who found in what is now an infamous case study that 12 children may have developed a new form of autism as a result of a childhood measles-mumps-rubella (MMR) vaccine. Wakefield’s findings showed that by combining measles, mumps and rebella vaccines into a single potent inoculation, the vaccine weakened the immune system, causing damage to the gastrointestinal system that eventually led to autism-spectrum disorders. As a result, a fierce debate arose in the medical community over the risks involved in even the most basic vaccines, and hundreds of thousands — possibly even millions — of children went un-immunized. But repeated studies over the last decade could not come to the same conclusions.

But it was Wakefield’s own methods that did the study in. A General Medical Counsel ethics review found that a year before the study was published Wakefield applied for a patent on his own measles vaccine that also treated inflammatory bowel disease, and that some of the children in the study were involved in a lawsuit over the effects of an MMR vaccine, and some had no stomach issues at all.

Dr. Wakefield also failed to mention in his paper that that very lawsuit was paying some of his bills.

But while the paper has been rejected by The Lancet and Wakefield’s work has been roundly discredited by the medical community, the damage is already a full decade done. The percentage of kids in the U.S. who went without MMR vaccines rose in the years after the study was published, and after declaring measles dead in the U.S. at the beginning of the last decade, the CDC saw it re-emerge in a 2008 outbreak. In Britain, the shunning of vaccinations was even more widespread, leading to a handful of child deaths.

What’s worse, vaccinations are still viewed as suspect in the popular consciousness. It’s a poignant reminder about one of the most basic tenets of good science: one experiment does not a fact make. The case of the faulty autism link reminds us that we have to keep learning, keep researching, and keep pushing forward lest we end up taking a big step back.