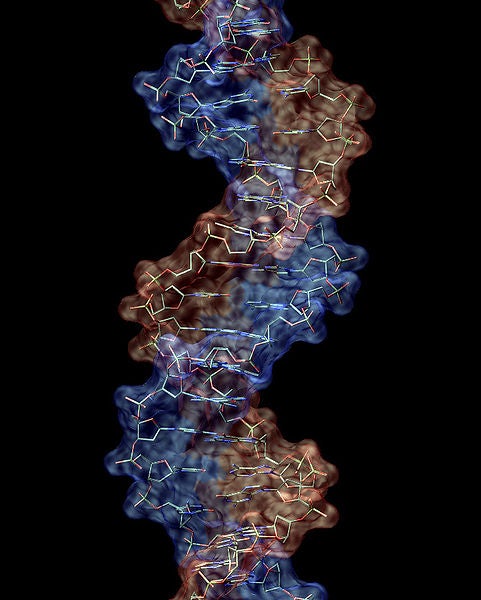 Much like your four-year-old nephew, RNA can only read three-letter combinations. Called codons, these three DNA-base-pair groups form the phrases that RNA translates into the 21 amino acids that underlie all life. But now, University of Cambridge researcher Jason Chin has engineered more literate RNA, capable of reading codons composed of four base pairs. This expands the possible number of codons from 64 to 320, and opens the door for a whole new line of artificial amino acids.

So far, Li and his team have only assigned amino acid identity to two of the 265 new codons. However, when integrated into protein comprised of naturally occurring amino acids, the artificial acids bonded to the natural amino acids as if they had come from one of the 64 original codons.

By expanding the vocabulary of DNA, Li and his team also expand the range of possible compounds a cell could produce. Want your genetically engineered bacteria to start churning out new polymers or species drugs? Modifying the size of its amino acid library could allow it to do so at far less trouble and cost.