Troubadours, romantics and Bono have all claimed at one point or another that music has the power to heal. They... 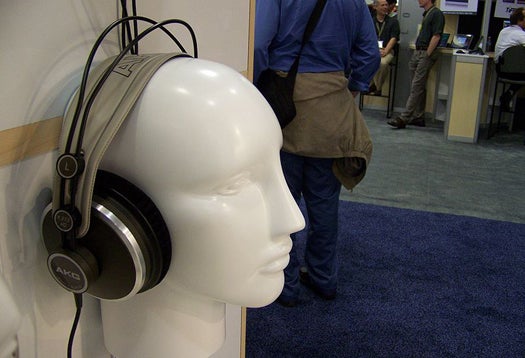 Troubadours, romantics and Bono have all claimed at one point or another that music has the power to heal. They might finally get some backing from the scientific community if a group of researchers in Germany has any say. Researchers from Westfalian Wilhelms-University working with partners at Muenster University Hospital are treating tinnitus – the ringing or other interference experienced by many with noise-related hearing loss – with music that’s custom-tailored to specific patients’ tinnitus symptoms.

Recent research determined that a reorganization of the auditory cortex could be the root cause of tinnitus; that is, the part of the brain that makes audible sense of sound has been warped by noise exposure. Other research shows that behavioral training might reverse cortical reorganization. So the group began to “notch” patients’ favorite music to filter out the specific one-octave frequency band of the ringing experienced by the subject.

After a year of listening to the music about 12 hours per week, patients reported marked improvement in their tinnitus compared to a control group listening to music that was notched at frequencies that did not correspond to their tinnitus. There are probably two causes working in conjunction that have led to the breakthrough, the researchers say: the faulty cortical neurons are not being stimulated because those frequencies are filtered from the music, and nearby neurons could be actively suppressing the faulty neurons through a process known as lateral inhibition (simply put, excited neurons have a tendency to reduce the excitement of nearby neurons).

Whatever the cause, for those tortured by a constant ringing sensation, the treatment must be music to their ears.