Turning Rapid Viral Mutation into a Weapon Against Viruses 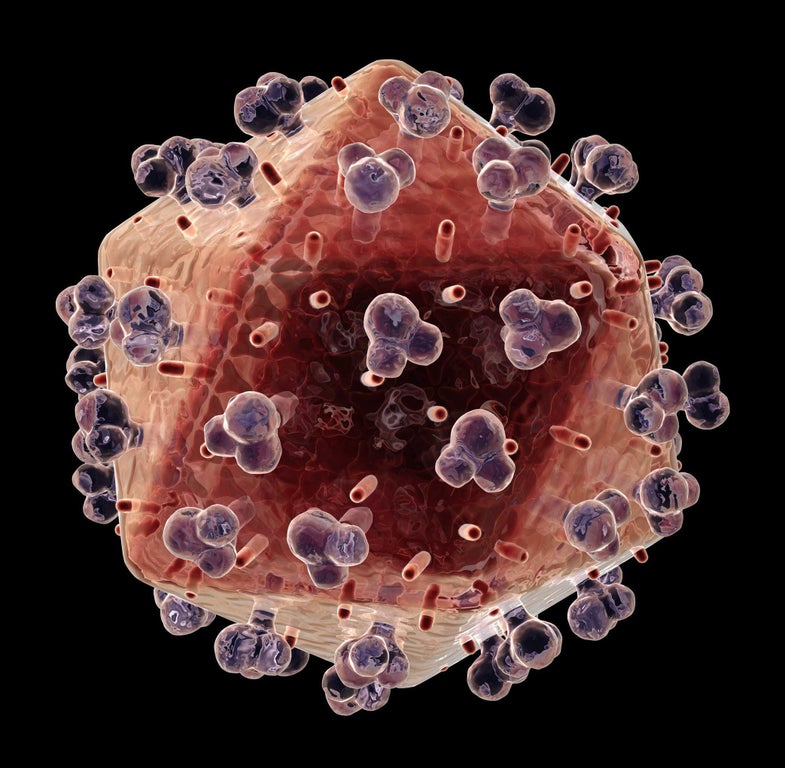 Viruses can rapidly evolve and adapt to the latest antiviral drugs in a never-ending war of survival. Yet some scientists have spent the past 10 years working on ways to turn that rapid mutation against the viruses. Carl Zimmer, a science writer with a special fondness for parasites, described the challenges facing those scientists in a recent New York Times story.

Mutations represent genetic errors that mostly prove bad for viruses, but can also lead to beneficial traits such as resistance to a certain drug. Scientists hope to boost the number of mutations so that a fatal number stacks up. The number of defective offspring would eventually cause virus populations to essentially die out — a concept known as “lethal mutagenesis.”

This has proven more difficult to put into practice, as evidenced by a decade’s worth of studies. Drugs that can cause lethal mutagenesis often proved too toxic for humans. And even concept of lethal mutagenesis has given some pause — if a drug went awry and caused rapid mutations in host cells, the end result could mean a higher risk of cancer.

An upcoming paper in the journal Genetics showed that lethal mutagenesis remains a rather unwieldy weapon. Scientists tried killing a virus known as T7 by using lethal mutagenesis, but only ended up with a T7 version that replicated itself 90 percent faster than its predecessors.

Still, the idea has shown promise in some cases. One University of Washington study managed to kill off HIV under lab conditions by using a mutation-increasing drug on infected cells. More recent work done by University of Madrid researchers used a one-two combo. The researchers first applied a drug that slowed the growth of foot-and-mouth viruses, before finishing off the viruses with a second drug that caused lethal mutagenesis.