EPA May Crack Down on Four Chemicals Found in Household Products

This is the first such crackdown in over 30 years 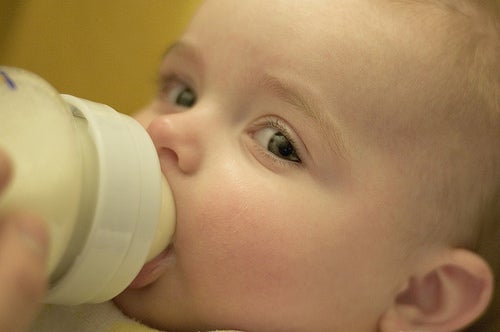 More than 80,000 chemicals are used or produced in the U.S., and the Environmental Protection Agency (EPA) has placed restrictions or bans on just five. But the agency signaled its intent at the end of last year to possibly add restrictions to four chemicals that are widely used in making products such as toys, household items and medical equipment, according to Scientific American.

This marks the first time that the EPA has moved to draw up a “chemicals of concern list” and action plans that could result in new restrictions, under authority granted by the Toxic Substances Control Act of 1976. Listing the chemicals means that the EPA sees the chemicals as potentially dangerous to either human health or the environment, and triggers export or product notifications that could already begin to put off potential users.

The listed chemicals include many used in common household products to create non-stick surfacing for cookware, clothing and food packaging, or have a flame retardant effect. They show up in personal care and cosmetic products, and have been commonly found in human blood samples during tests carried out by the U.S. Centers for Disease Control. Animal studies have shown a wide range of health risks, including possibly cancer.

A PopSci writer previously subjected herself to many bio-monitoring exams to reveal the chemicals that have invaded our bodies in everyday life.

Two of the listed chemicals include PBDEs and long-chain PFCs that have already begun undergoing a phase-out, based on earlier agreements between the EPA and private industry. Retailers such as Costco, Target and Wal-Mart have already begun anticipating phase-outs nationwide based on the EPA’s actions.

The American Chemistry Council that represents chemical manufacturers criticized the EPA move for singling out chemicals solely based on their well-known profiles. But that has not stopped the EPA from already setting its sights on another chemical — bisphenol A (BPA), a common ingredient for resins that line food and beverage cans. The Food and Drug Administration missed a third deadline last week for deciding on the safety of the chemical, Food Safety News noted.

Some states may not even wait for the Feds to act. Wisconsin lawmakers have begun debating whether to ban BPA used in baby bottles and sippy cups for children ages 5 and under, according to Wisconsin Public Radio.