Suburban rave-goers, women of Jersey Shore, and Elton John, take note: your lives just got a little bit greener. The... 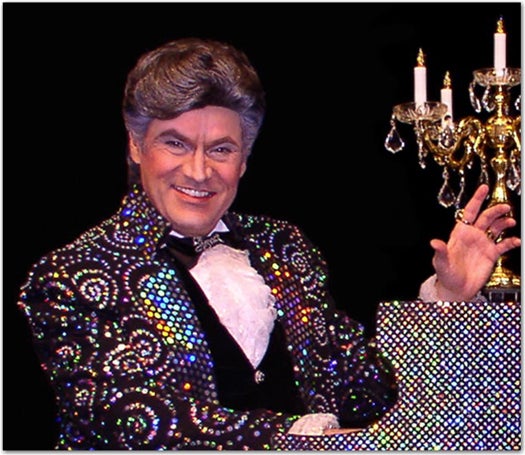 Made of crystalline silicon and fabricated using microelectric and microelectromechanical systems processes commonly found on electronics manufacturers’ production floors, the tiny cells hold great potential for better perfomance and efficiency as well as reduced cost. At just 14 to 20 micrometers thick (less than a human hair), they are 10 times thinner than normal 6-by-6-inch brick cells and use 100 times less silicon, yet the difference in their performance is negligible (14.9 percent efficiency, versus 13-20 percent for brick panels). Also, because of their flexibility, they have myriad applications going far beyond fashion that larger, static PV cells just can’t compete with.

For starters, the cells could be integrated into flexible substrates and used as textiles in everything from clothing to cargo gear to tents and shelters turning anyone spending a good deal of time outdoors — hikers, soldiers, hunters — into a walking recharge station for small electronic devices. They could also potentially be used to wrap irregular surfaces on everything from buildings to seafaring vessels to automobiles to create a solar harvesting panel just about anywhere.

What’s more, they can be cut from silicon wafers of any size; if one cell proves faulty during the fabrication process, the rest of its tiny cousins can still be harvested, whereas in larger brick cells a fautly unit could mean the entire wafer is unusable. The tiny glitter cells could have intelligent controls and even storage built into them at the chip level, simplifying the process of transmitting the power, not to mention the permit and grid integration processes, inherent in larger scale PV arrays.

Since existing fabrication processes can churn out the hexagonal microscale cells, broad application may not be too very far away. While large-scale solar projects may not become glittering fields of micro-cells overnight, it’s a pretty solid wager that there’s a soldier out there somewhere with plenty of sun and no working batteries that could benefit from a little glam. Turns out Elton John really did have the electricity all along.