The battery could power zero-emissions homes 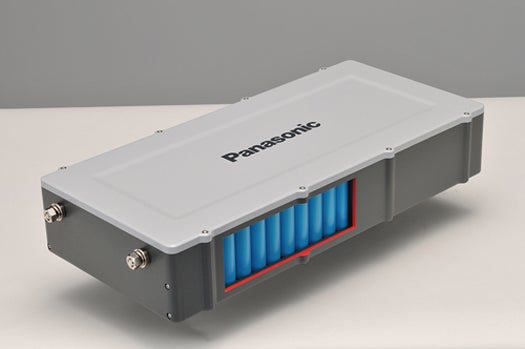 Bringing power storage to the people, Panasonic will bring a home-use lithium-ion storage cell to market in fiscal 2011, making it possible for homes to store a week’s worth of electricity for later use. Panasonic — along with the recently acquired Sanyo — have already test-manufactured such a battery, which could allow for more widespread deployment of eco-friendly but inconsistent modes of power generation.

While generating wind and solar energy is obviously preferable to burning fossil fuels, the fact that they can’t generate steadily and consistently throughout the day and night means that at best they can only supplement more consistent sources of power. But if households and businesses can store excess power when generation is peaking and use it during periods of low electricity output, we could make renewables a larger part of our energy diet.

Saying that the battery will last “for about one week,” as Panasonic’s president has, is pretty arbitrary it seems, as different households have vastly different energy needs. Even so, batteries can be strung together into arrays, and something that could last the average homestead even a few days would open the door for more solar panels on roofs, and that can’t be bad.