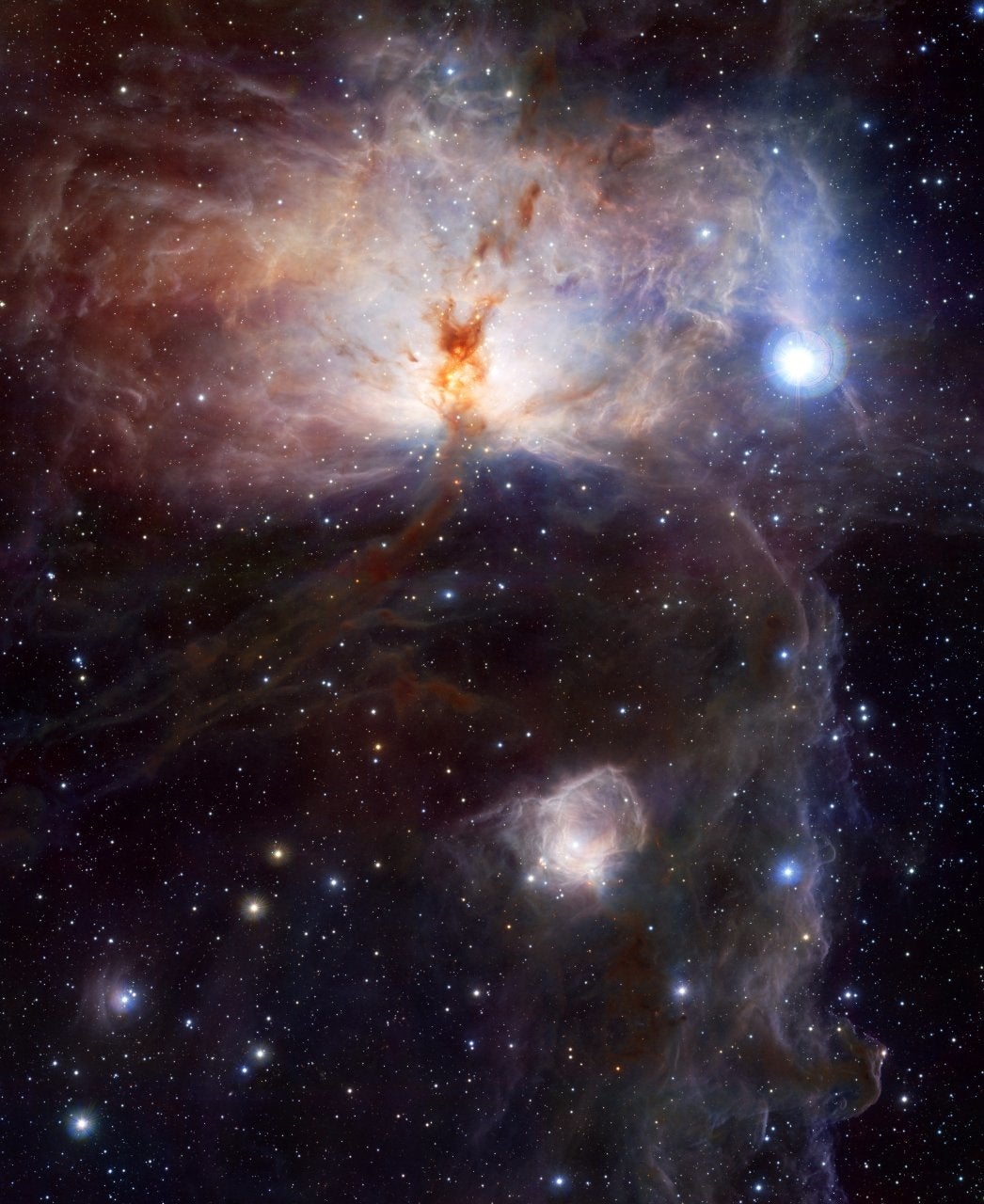 VISTA's first image shows the Flame Nebula (NGC 2024), a spectacular star-forming cloud of gas and dust in the constellation Orion. In visible light, the flame is hidden behind thick clouds of dust, but infrared wavelengths reveal the cluster of hot young stars within. ESO
SHARE

In its first five years, the telescope will be used for six major sky surveys, including one of the entire southern sky. Other studies will examine smaller regions in greater detail.

The telescope can detect faint sources and cover wide areas of sky quickly. Each image captures a section of sky about 10 times the area of the full moon.

When its sky surveys are complete, data from VISTA and NASA’s new space-based Wide-Field Infrared Survey Explorer (WISE) will provide astronomers a new map of the universe’s darkest corners.

VISTA’s infrared sensors can see through interstellar dust, revealing new images of the southern sky. Here’s a sampling of its first pictures. 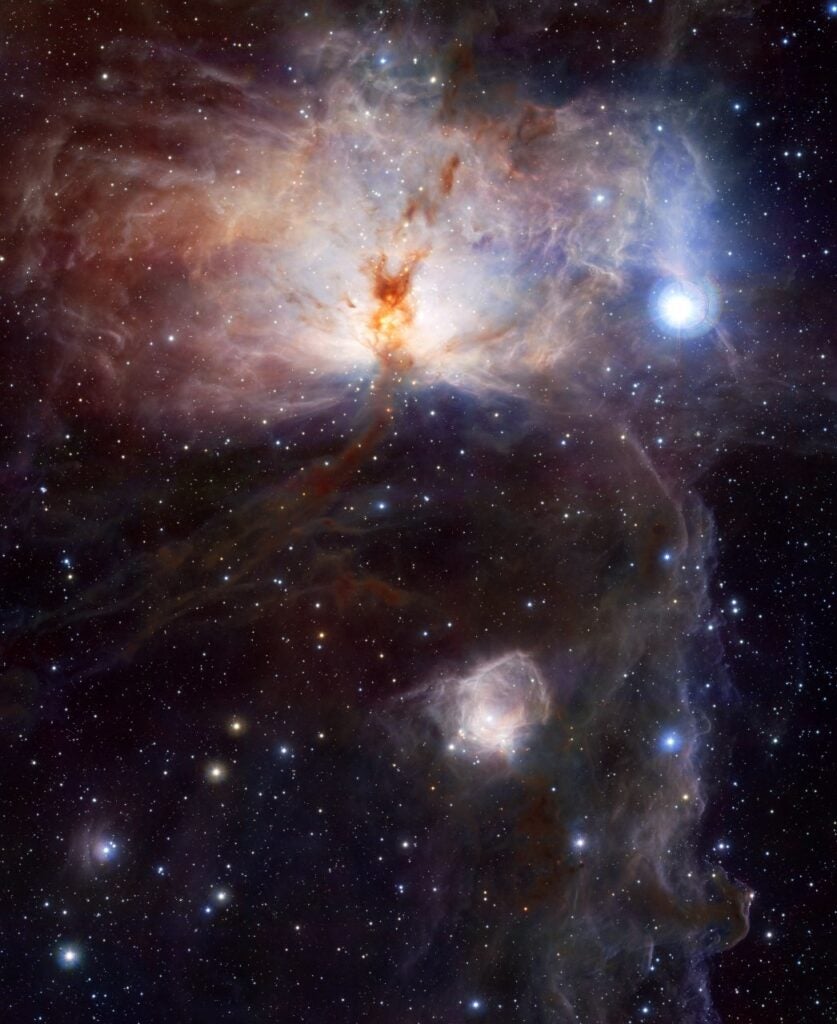 VISTA’s first image shows the Flame Nebula (NGC 2024), a spectacular star-forming cloud of gas and dust in the constellation Orion. In visible light, the flame is hidden behind thick clouds of dust, but infrared wavelengths reveal the cluster of hot young stars within. 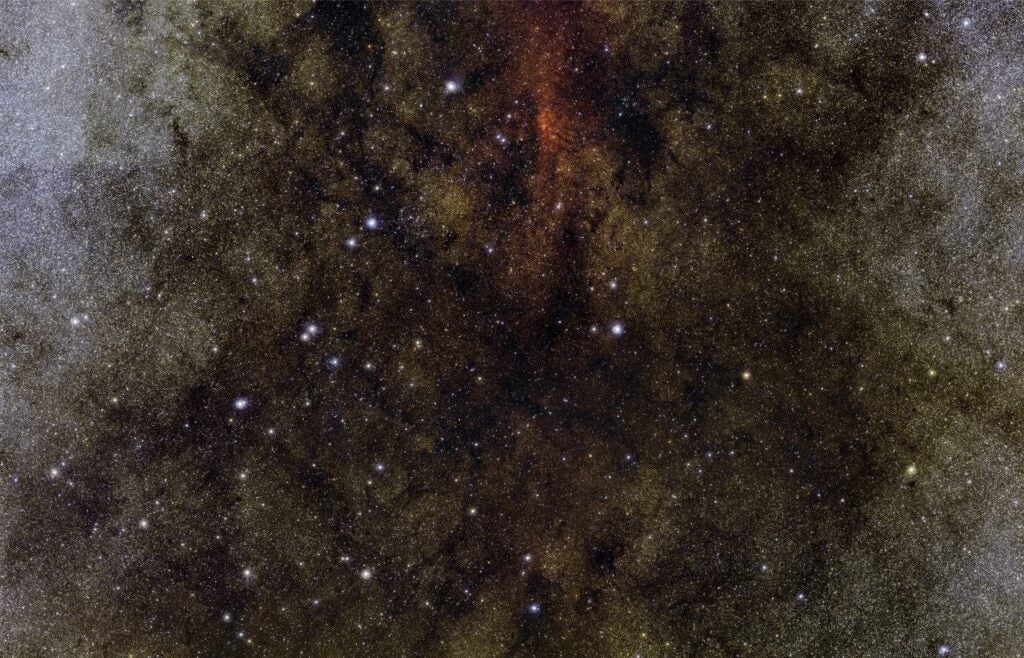 2. Dark Center of the Galaxy

This image is a mosaic of two Vista views of the Milky Way’s center, in the constellation Sagittarius. The image shows about one million stars, most of which are normally hidden behind thick dust clouds. 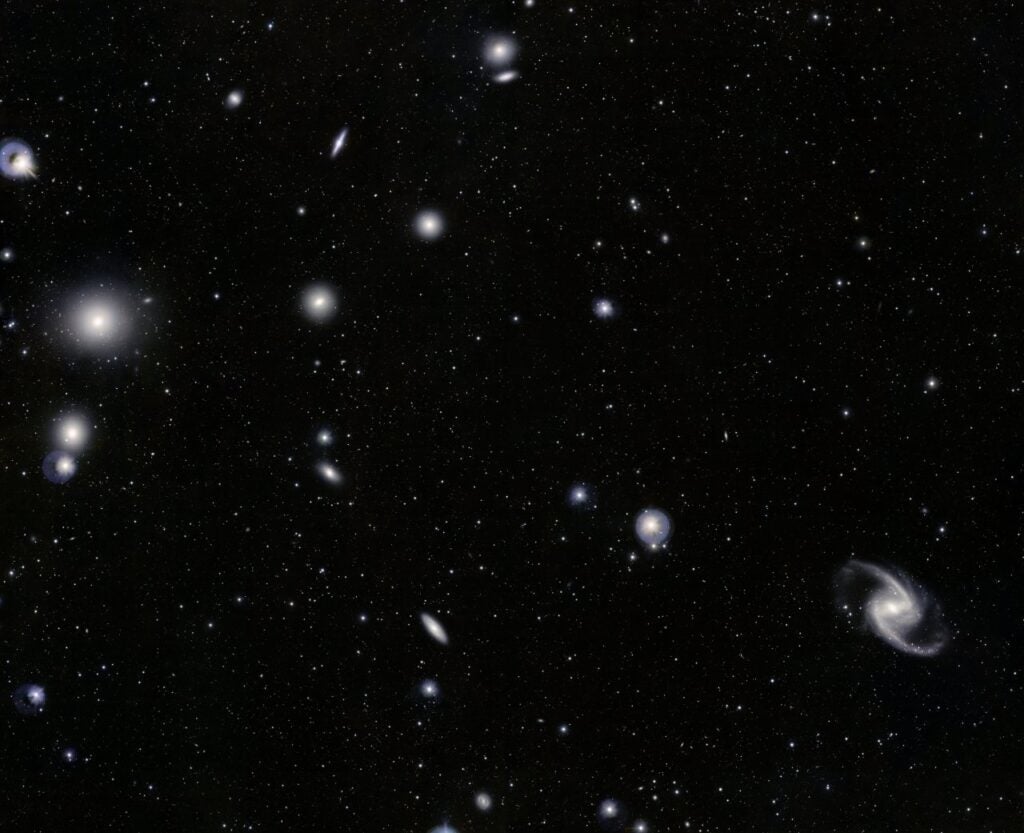 This cluster is one of the closest galaxy groups beyond the Local Group, of which the Milky Way is a part. At lower right is the elegant barred-spiral galaxy NGC 1365. 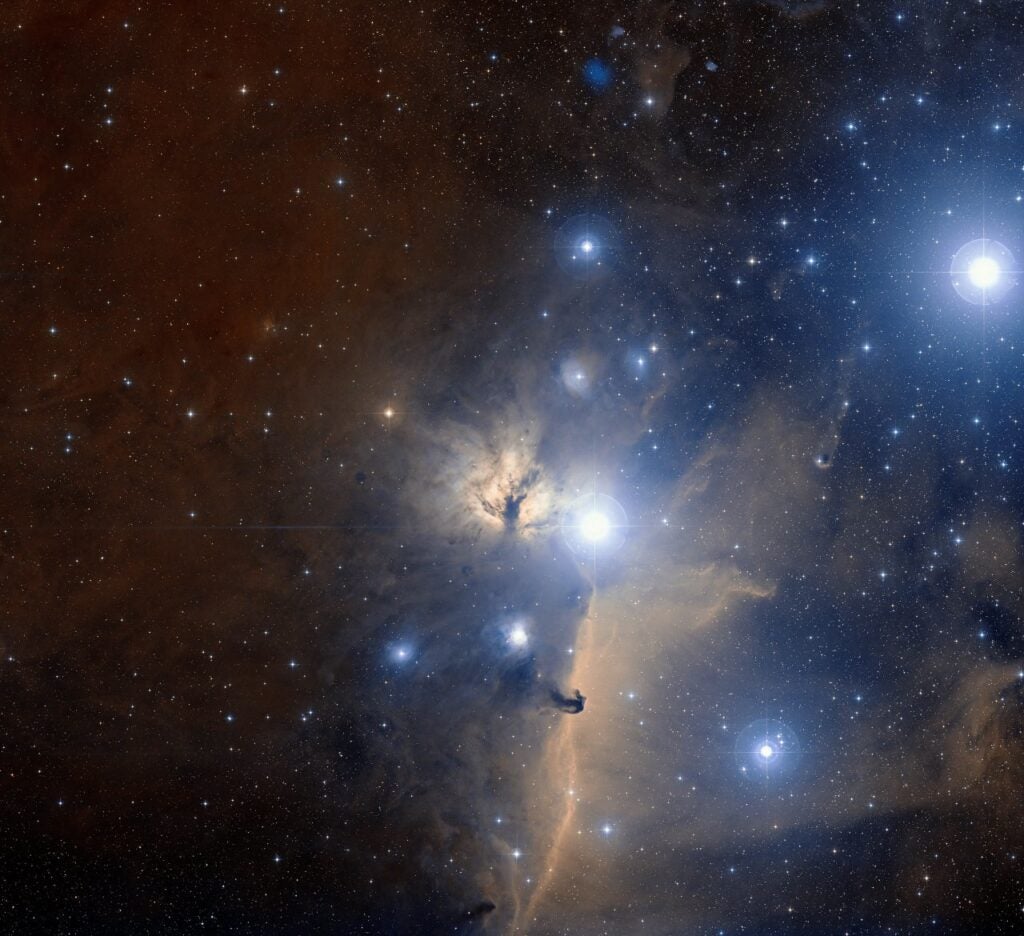 This is a visible light wide-field view of part of Orion’s belt. This is the region of sky around the Flame Nebula. The bright blue spots are glowing gas clouds full of hot young stars.

5. Detail of the Galactic Center

Left image: Clouds of stars and dust towards the heart of the Milky Way. Thick clouds of fine dust absorb bluer light, lending the image a reddish hue. The same phenomenon causes red sunsets on Earth. Center image: The Arches Cluster, the densest star cluster in our galaxy, contains about 1,000 hot young stars. The Quintuplet Cluster is to its left. Right image: The bright spot is a faint star; beyond it is a small group of young stars. 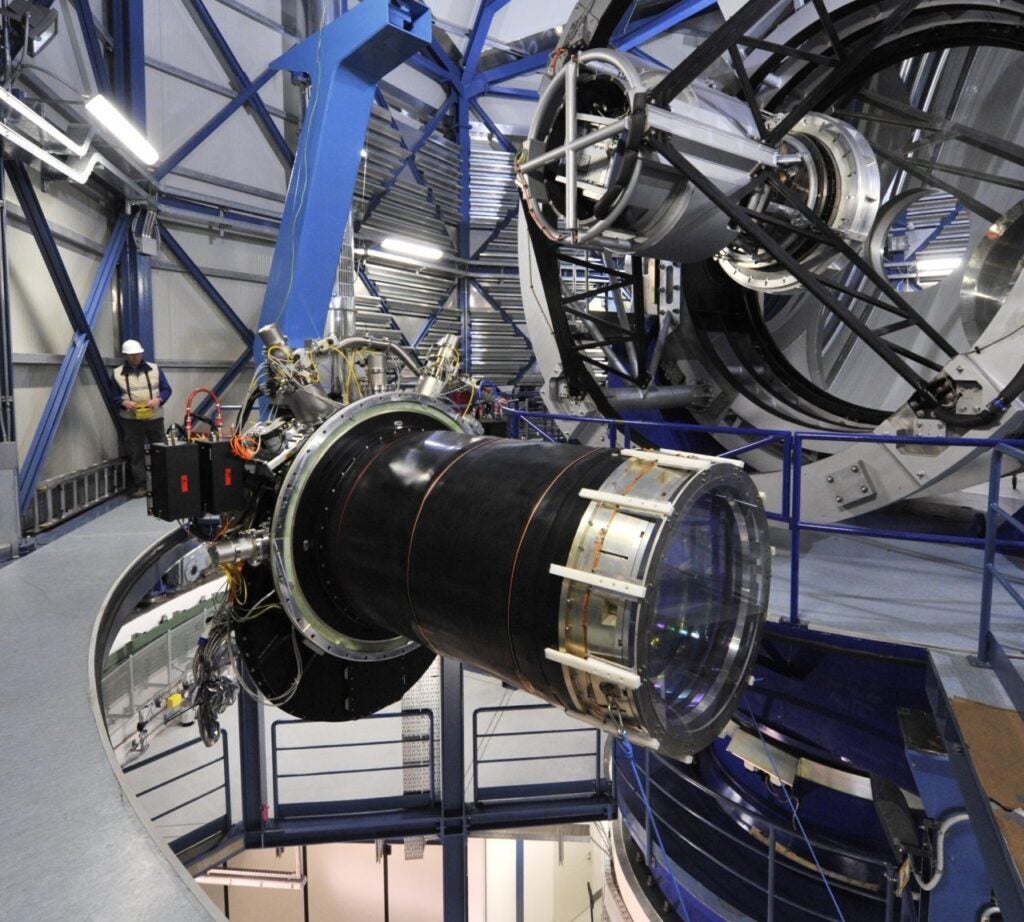