As bacteria continue to grow more resistant to a wide range of antibiotics, doctors are searching furiously for better ways... 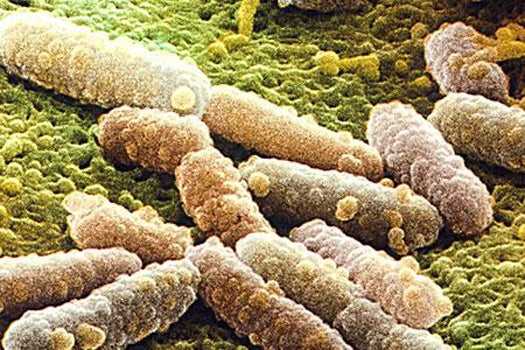 As bacteria continue to grow more resistant to a wide range of antibiotics, doctors are searching furiously for better ways to kill infectious microbes. Enter hydroxyurea. Researchers at MIT and Boston University have discovered that hydroxyurea, normally a drug prescribed for sickle-cell anemia or psoriasis, also causes bacteria to create their own poisons and kill themselves.

In all cases, hydroxyurea prevents DNA transcription. When used to treat psoriasis or sickle-cell anemia, hydroxyurea simply slows down the production of sick cells. But when used against a bacterium, the cessation of DNA transcription begins a chain reaction that ends with the bacterium producing hydroxyl free radicals. Those free radical are like molecular buzz saws, and they quickly chop the bacterium apart from the inside out.

In fact, many antibiotics currently in use also kill bacteria by inducing hydroxyl free radical production, but hydroxyurea does so in a totally novel way. Thus, no bacteria on Earth has evolved any resistance to it. That lack of resistances means hydroxyurea can serve either as an antibiotic on its own, or as a helper to other, more widely resisted, antibiotics.

And with multiple-drug-resistant bacteria becoming a bigger and bigger problem, any help is welcome.