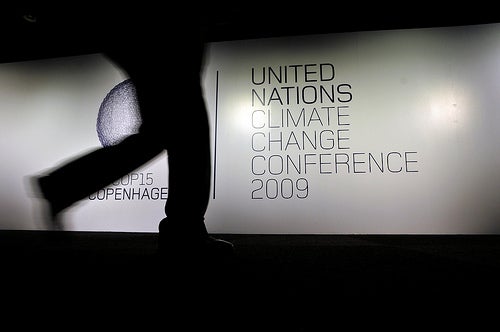 A lot of the climate change debate may focus on how to cut carbon dioxide emissions to prevent global temperature rise, but many nations are already struggling with the consequences of local climate change–rising sea levels, water shortages and agricultural problems. Now the European Union has promised over $10 billion over the next three years for a “fast start” fund to help the poorest nations adapt to climate change.

The pledge came during the UN’s climate summit in Coopenhagen, Denmark, where political leaders have gathered to try and find agreement on cutting emissions. Nine European nations also took the opportunity to announce plans for a “supergrid” that would connect their offshore wind farms.

That funding for adaptation, which also includes funds for emissions reduction, could go a long way toward easing the discontent regarding the climate issue among developing nations, which often take the position that the major industrialized nations should shoulder the responsibility for averting climate change.

But the BBC suggests that the pledged amount may not be enough in the eyes of developing nations, even if the U.S. and Japan match the EU’s funding.

Either way, helping developing nations with adapting to climate change could represent a win-win for everyone. Roger Pielke Jr., a science policy expert at the University of Colorado in Boulder, recently repeated his longstanding point that adaptation is just good sense, regardless of global temperature.