So Much For “Hopenhagen” 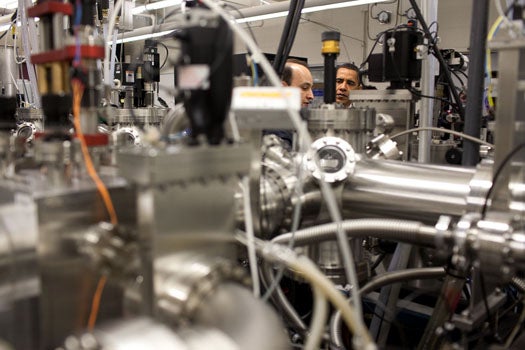 Over the weekend President Obama and other world leaders broke the news: No legally binding international climate-change treaty this year.

In the past few weeks it had become clear that sorting through the many unresolved issues (the level of greenhouse-gas cuts that each nation would commit to, the amount of aid that rich nations would give the developing world to ease their transition into a clean-energy economy) would take longer than a matter of weeks.

Then there’s the fact that the United States has yet to pass climate-change legislation of its own, which could be the biggest obstacle of all. The rest of the world is waiting to see what the US brings to the table before committing to cuts, and with health care and the financial crisis tying up Congress, there is now no chance of the Senate passing cap-and-trade legislation before the end of the year.

The new plan is to use the Copenhagen meeting as a stepping-stone to serious treaty talks either in Mexico City or Germany in mid-2010, but what the delay means for the treaty’s eventual chances is hard to say. Having attended the Climate Change Congress in Copenhagen last March—where we watched scientists from around the world gather to make formal recommendations for policymakers and listened to speeches from leading researchers that were by turns apocalyptic and cautiously optimistic that we can still turn this thing around—it’s hard not to be disappointed by the news.

But according to Joe Romm, one of the sharpest climate-politics observers around, this delay is “very good news” in that it actually increases the likelihood of an eventual deal. This could be full-on delusional wishful thinking. But it’s the least depressing analysis we’ve seen so far, so we’ll leave you with his take: “The new plan for Copenhagen makes the prospects for a successful international deal far more likely — and at the same time increases the chance for Senate passage of the bipartisan climate and clean energy bill that Lindsey Graham (R-SC) and John Kerry (D-MA) and Sen Lieberman (I-CT) are negotiating with the White House.”