Whilst carrying out its normal workaday duties of scanning corners of the universe billions of light years from Earth, the... 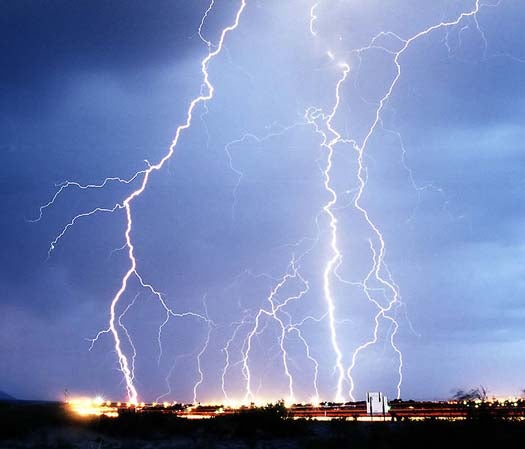 Whilst carrying out its normal workaday duties of scanning corners of the universe billions of light years from Earth, the Fermi Gamma-Ray Space Telescope has made a discovery that hits decidedly closer to home: lightning strikes on Earth carry the signature of antimatter.

Gamma ray flashes detected in terrestrial storms were of the decaying-positron variety, indicating not only that lightning can produce the antimatter equivalent of electrons, but also that somehow the electric field normally produced by a lightning storm somehow reversed.

The 17 gamma-ray flashes picked up by the orbiting Fermi occurred just before, during and right after lightning strikes during two recent storms, marking the first time positrons have been observed in lightning. For now, the discovery raises more questions than it answers: how did the orientation of the electric field get turned on its head? What does the existence of antimatter particles in lightning mean?

Gamma-ray flashes have been observed in lightning flashes before, as energetic electrons moving toward observational spacecraft slowed down, but the unique signature found by Fermi has researchers puzzled. Modelers are trying to work out exactly what happened during the strikes to reverse the electric field.