The current financial crisis is often described in terms evocative of Poseidon’s wrath: a wave of foreclosures, a perfect storm... 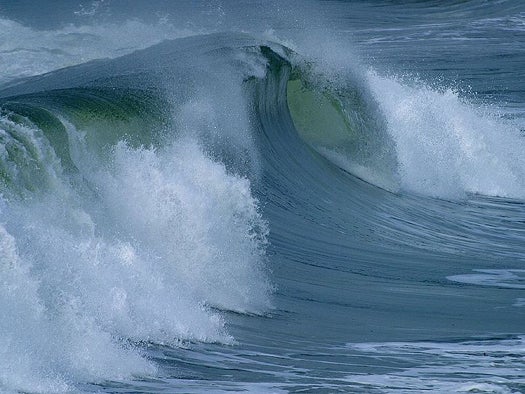 The current financial crisis is often described in terms evocative of Poseidon’s wrath: a wave of foreclosures, a perfect storm of market conditions, a tsunami of debt. It turns out those descriptions may be more accurate, and more useful, than other metaphors. If financial markets behave less like the stochastic, Brownian systems they are often compared to and more like nonlinear wave systems, then rogue waves can account for spikes and plunges in financial markets.

Rogue waves are large swells that occur spontaneously far out to sea, threatening even large ocean liners. While rogue waves had been observed anecdotally and even predicted mathematically for years beforehand, they weren’t recorded and proved until 1995. Since then, they’ve been discovered in several other systems like fiber optics and microwaves. Now, Chinese researchers are positing that rogue waves can occur in financial systems, and could account for events like the 1997 Asia crisis or the current credit crisis sweeping the globe.

A nonlinear wave-like representation of markets could solve a major flaw in the primary means of modeling financial systems. The Black-Scholes model, which assigns a random, stochastic nature to equity prices, is useful on several levels, but researchers acknowledge that it doesn’t account for volatility in real markets. A nonlinear wave-like model for markets proposed earlier this month allows for a variety of variables that more closely mirror real market behavior. Rogue waves, which we know to be real in other wave-like systems, could solve for the black swan events — like the subprime mortgage debacle or savings and loan crisis — that periodically appear as if from nowhere and shake markets to their cores.

What does it mean? By definition, understanding that rogue waves occur in financial markets won’t necessarily help econophysicists predict an impending financial crisis. But it does mean that rogue waves are an inevitable part of free markets. Rather than playing the blame game, perhaps market regulators should be working out how best to keep the ship from capsizing when a rogue wave rises up before us. After all, we can’t change the inevitable, but we can at least brace for impact.