British Academy To Look Into Ethics of Human-Animal Genetic Hybrids

But are they locking the barn door after the horse-men have cantered out? 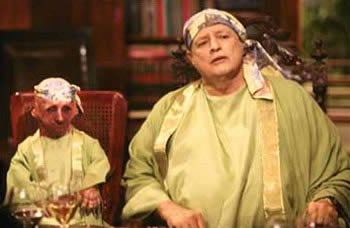 The Island of Dr. Moreau

When former President Bush mentioned human-animal hybrids during a State of the Union speech in 2006, most of the audience probably sat scratching their heads for a second. However, in the years since then, transplanting human genes into animals, whether to make better milk or study human diseases, has become a bigger and bigger issue.

The study hopes to mark out the boundary past which genetic mixing becomes unethical. Over the next year, the study will investigate what percentage of DNA constitutes a human, as well as looking at other issues like the creation of human stem cells from animal eggs and the implantation of human cells into animal bodies.

While most people support implanting a single gene for a human disease into a primate for the sake of research, the level of unease rises as the genome becomes more and more mixed. Certainly, with the technology available to create a 50/50 split hybrid, this field calls into question how we define ourselves in particular, and species at large.

No doubt the scientists conducting this study are serious, qualified, and respectful of human life. But if any of the scientists show up with a little red dude dressed like them, I’m gonna start worrying.