Water Bears Are Headed for a Martian Moon 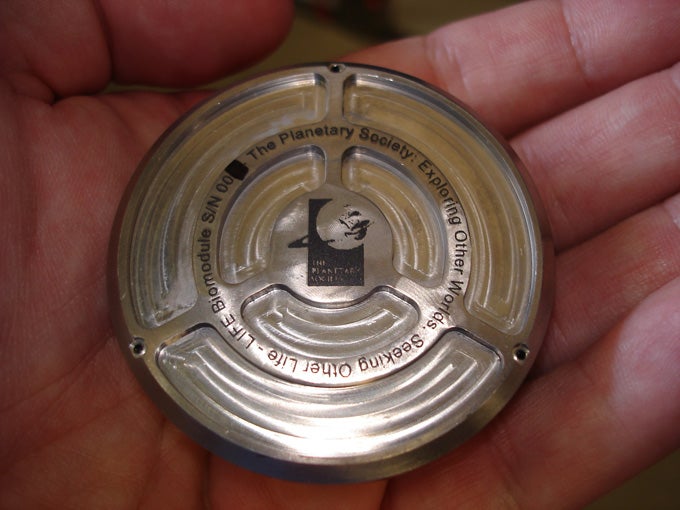 Water bears, the tiny creatures that have already been proven to survive direct exposure to the vacuum of space, were slated for launch to a Martian moon this month. But Russian officials chose to delay their first interplanetary mission in more than a decade due to safety and technical issues, until the next launch window opens in 2011.

The Planetary Society hopes that its small payload experiment can help test the theory of panspermia, and see whether life can survive the long journey between Earth and other parts of the solar system. Toward that end, researchers packed representatives from all three kingdoms of Earth life into a small container meant to hitch a ride aboard Russia’s Phobos-Grunt mission.

Tiny eight-legged creatures known as tardigrades, or water bears, are perhaps the stars of the Living Interplanetary Flight Experiment. Some water bears flew on an earlier spacecraft experiment in 2007, and managed to survive both vacuum and harsh radiation. The new mission will test whether the critters can perform a similar survival feat during the 34-month journey to Mars.

Scientists fought through red tape and engineering challenges alike. Wired reports that the team tested its BioModule’s durability by vibrating it violently on a shake table and shooting it out of an air cannon — after all, the package must ensure its contents’ survival during a 4,000-g landing on Phobos.

Perhaps such tiny space pioneers may help pave the way for human space exploration. But the water bears presumably won’t complain of boredom to mission control.