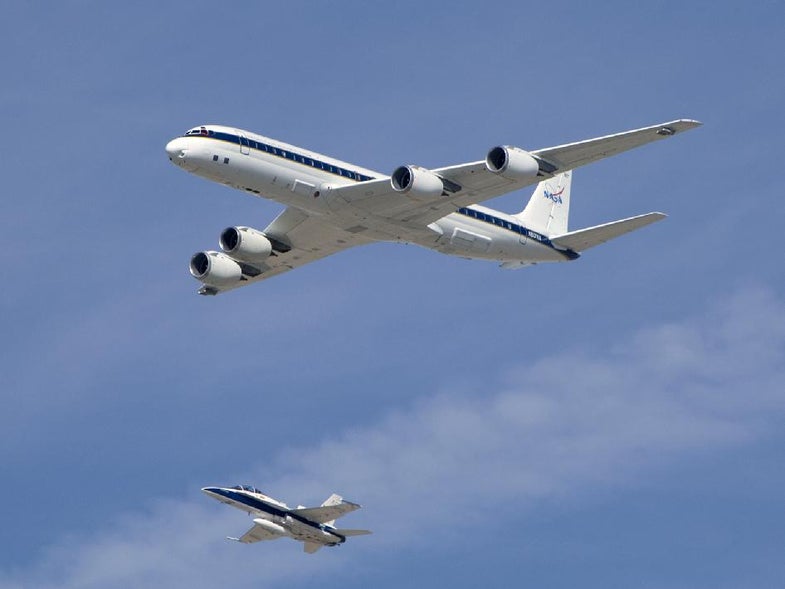 This Thursday, NASA will kick off the largest aerial survey ever undertaken of Earth’s polar regions. The effort will help fill a multi-year gap between the satellite missions that usually track changes in ice, and should also help scientists understand how the changing ice sheets might contribute to sea level rise around the world.

The huge endeavor, named “Operation Ice Bridge,” will be done from NASA’s DC-8 airborne laboratory. The aircraft carries laser mapping and gravity instruments as well as radar to peer down into the ice sheets. About 50 scientists and support staff are slated to take part in the 17 flights over Antarctica during the next six years, starting from a base at Punta Arenas, Chile.

ICESat-I has used a laser altimeter to take time-series measurements of changes in sea ice thickness at the polar climates. But the end of the mission sometime this year would have left NASA without such valuable data until the launch of ICESat-II in 2014 or 2015.

Other targets for the aerial survey besides Antarctica include Greenland, Alaskan glaciers, and Arctic sea ice.