Animal rights activists, take note: when it comes to experimental cancer treatments, American pet dogs are now in line in... 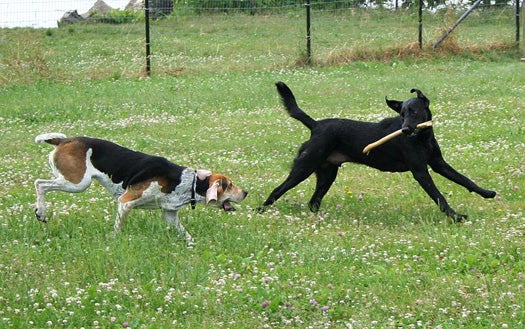 Animal rights activists, take note: when it comes to experimental cancer treatments, American pet dogs are now in line in front of humans, participating in trials that in several cases have destroyed cancers completely.

Dogs experience cancer in ways similar to humans, making them preferable research subjects to lab rats and mice, whose experimental settings are too regimented to reflect a human reaction to cancers. Those human-like reactions have granted dying dogs access to treatments ahead of dying humans in some cases, allaying some ethical fears while stirring up others.

Like humans, dogs suffer from various cancers that spread to form secondaries and grow resistant to drugs over time. Dogs can also relapse just as humans do, giving researchers a much better picture of how effective a drug can be at destroying a particular cancer or sending it into remission. These similarities make dogs ideal candidates for testing of cancer drugs, and as such a group of 19 veterinary institutions currently has 12 different trials underway on groups ranging from 15 to 60 dogs.

Some of the experimental treatments have undergone human testing and simply require additional animal data before clearing regulatory hurdles, but many have not been tested in humans at all. Owners can choose between conventional or experimental drugs, weighing the possible risks and benefits of each as well as the reduced cost of care that comes with participating in a clinical trial. In addition to caring for their sick pets, owners collaborate on the research, keeping detailed notebooks on appetite, demeanor, quality of life, etc.

The fact that the dogs develop the cancers naturally and that owners continue to care for them at home (rather than penning them inside a research facility) has muted some of the usual blowback from animal rights groups. Pet owners are motivated by the opportunity to allow their pets to contribute to advances in medicine, and because the owners, rather than the experimenters, consent to the trials, there is an added ethical layer to the experiments, as the assumption is that the owner will do what is best for the dog rather than what is best for the trial. Still, some groups have opposed the treatments, claiming they open the door for wider animal testing for treatments deemed too dangerous for humans.

In the meantime, researchers see it as a humane way to feel out the efficacy and safety of treatments before moving on to human trials. European researchers are treating the American consortium as an experiment of their own, keeping a watchful eye on the program as they consider whether or not to join.