The hottest new cheese region is … the American South?

What counts as a fine aged cheese? Farmsteads and creameries in southern states are experimenting. 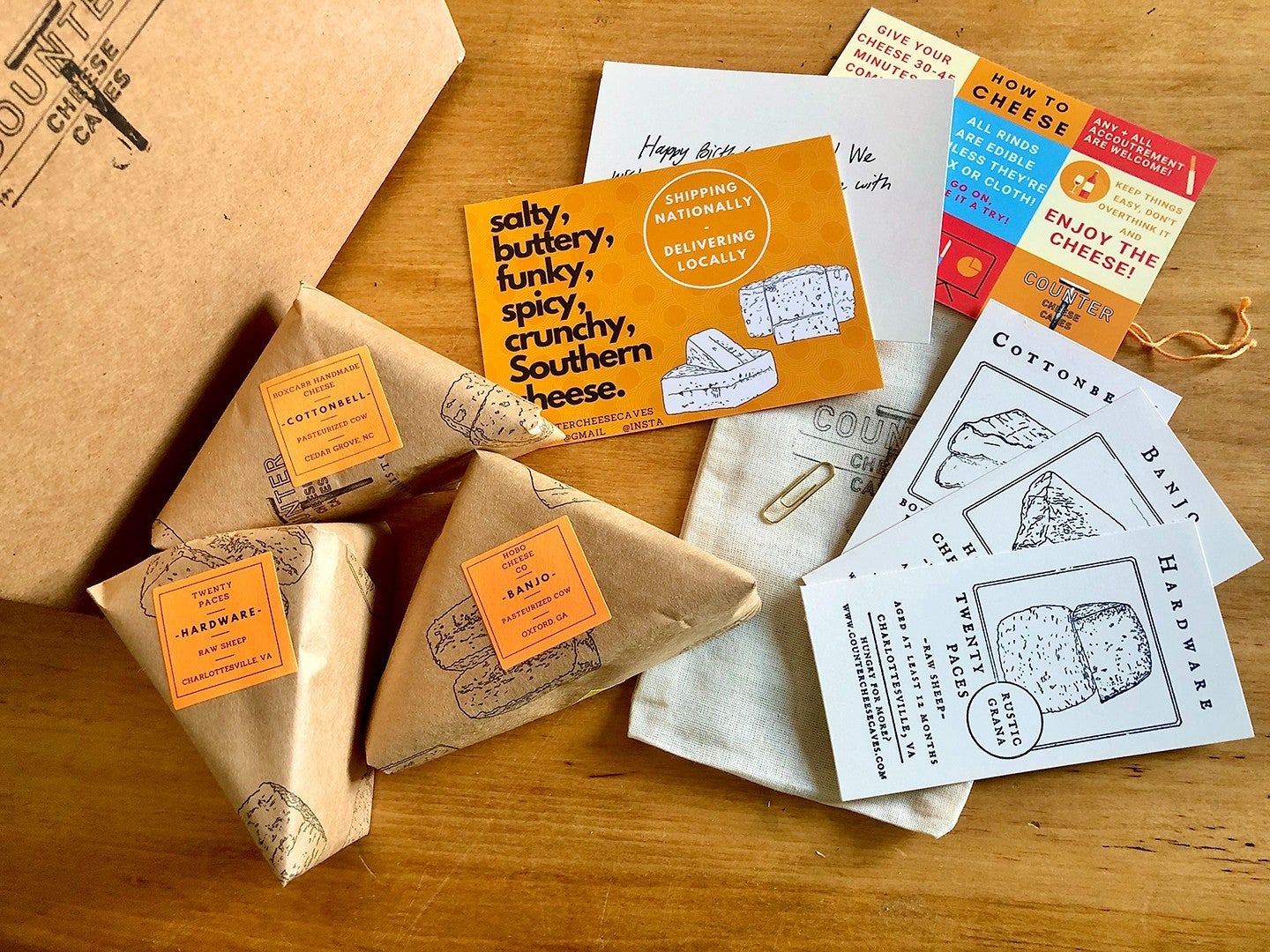 It’s about time for Southern cheese to cement its identity in the American cheese canon. Courtesy of Counter Cheese Caves
SHARE

This story was excerpted from Saveur.

If you think of cheese from the American South as simply studded with pimento peppers and mixed with mayonnaise, it’s time to get reacquainted with the region’s dairies. Specialty cheesemaking in the South—in states like Georgia, Tennessee, Virginia, and the Carolinas—is on the rise, with many producers inspired by the raw milk farmstead traditions practiced in parts of Europe. Makers are prioritizing the use of local milk and sustainability-focused techniques—and developing an exciting new regional identity.

At its core, cheesemaking is a method of milk preservation, which explains why many of the best cheeses are produced by those who raise the dairy cows themselves or have close proximity and relationships with those who do. Artisans who practice farmstead cheesemaking, according to the American Cheese Society’s definition, produce cheeses that are “primarily made by hand with milk from the farmer’s own herd, or flock, on the farm where the animals are raised.” The use of very fresh milk tends to preserve the flavors of the pasture, imbuing the resulting cheeses with added complexity.

Many, though not all artisan cheesemakers in America practice or have been influenced by farmstead techniques. The tradition of artisan cheesemaking is well established in New England, the Midwest, and California—but the Southern part of the country had not developed as robust of a specialty cheese market. However, the last decade has spurred a decided shift, as the region’s producers continued to hone their craft. Now, a new crop of artisans is contributing innovative and delicious additions to the Southern cheese catalog—and to your cheeseboard.

Eric Casella and Nora Granger are the husband-and-wife team behind Counter Cheese Caves, a small-scale purveyor in Charleston, South Carolina, that focuses mainly on cheeses made in the American South. The couple met while working at Murray’s Cheese in New York City, and when they decided to open a shop of their own, they wanted to develop a regional focus.

“Eric had previously served as the domestic buyer at Bedford Cheese Shop and had formed relationships with a number of Southern cheesemakers,” Granger explains. “This got the wheels turning that the Southeast was sort of the final frontier of cheesemaking in the country.”

Many artisan cheesemakers seem to share an understanding that if good milk is the backbone of good cheese, good grass is the backbone of good milk. Conventional American dairy farming focuses on grain or hay for livestock feed. In the South, however, many specialty dairies can provide fresh grass as the staple of the animals’ diet. This creates a distinct taste connection to the land itself.

“Although this region is relatively new to cheesemaking, we are not new to farming,” says Jessica Little, board member of the Southern Cheese Guild and co-owner (along with her husband Jeremy) of Sweet Grass Dairy in Thomasville, Georgia. “We Southern cheesemakers already knew that we were able to make delicious and singularly flavored milk from cows that spend the majority of their lives in green pastures due to our mild winters and access to an abundance of water.”

Although her creamery is not technically a farmstead operation, the farm is just a 30-minute drive away—owned by Jessica’s parents, Al and Desiree Wehner. The pair practices intensive grazing management, a sustainable farming practice that involves rotating livestock through multiple pastures so that each plot of land has a chance to rejuvenate. In the early days of the creamery, the team welcomed a consultant from the French Pyrenees to teach them the art of that region’s cheesemaking—resulting in Thomasville Tomme, a simple table cheese that remains one of the creamery’s bestsellers. In this cheese, the flavor of the farm’s grass shines through. “We can apply the delicate and detailed techniques of French cheesemaking to really bring out the distinctive grassy and mushroomy flavors of the milk from our pasture-based cows,” says Little.

Further north in an idyllic Appalachian valley sits Sequatchie Cove Creamery, a farmstead operation (that operates entirely on solar power!) near Chattanooga, Tennessee. The husband-and-wife team Nathan and Padgett Arnold work in partnership with Sequatchie Cove Farm to look after a 50-head herd of cattle and produce award-winning cheese from the milk. Since they began making farmstead cheese in 2010, their Reblochon-style cheese, Dancing Fern, has remained a consistent bestseller. It’s a raw milk washed-rind cheese featuring notes of cultured butter, mushroom, and walnuts. True Reblochon cheese is not imported into the US because its appellation mandates it be made with raw milk and aged only six to eight weeks (less than the FDA’s 60-day requirement for raw milk cheeses in the US). Dancing Fern is aged for 60 days—slowly, at a low temperature—in order to retain the soft and umami-filled paste that defines this style. By nature a very young cheese, it is close to the milk from which it’s made, meaning it is infused with the taste of the Sequatchie Valley.

When visiting France’s Savoie region, Nathan fell in love with the concept of imbuing cheese with an essence of the local environment. The couple decided that they wanted to adopt similar practices in Tennessee. “Nathan noticed very quickly how similar the landscape of the Savoie looks to the Sequatchie Valley,” Padgett recalls. During the warmer months, the slopes and valleys of the Savoie are carpeted with grass and wildflowers. Famous cheese varieties from this region, including tomme and Reblochon, are produced from the milk of cows that graze on those fields. The Tennessee mountains are similarly lush, and the couple’s goal is to express those Appalachian grasses through the cheese. When cows enjoy living grass as a staple of their diet, Padgett explains, the natural environment shines through in the resulting cheeses.

“The complexity of their cheeses—including Dancing Fern—rival their European counterparts,” says Frank Stitt, chef and proprietor of Highlands Bar & Grill, Bottega, and Chez Fonfon in Birmingham, Alabama. His were among the first restaurants to feature cheeses from Sequatchie Cove on a menu. “The nutritional density of the grasses is akin to the European style of farming, and biodiversity in a field is important not only for farming, but for the final product.”

Read the rest of the story and learn how you can sample some of these Southern cheeses over at Saveur.