Smoking and Coffee-Drinking Really Is High Among AA Attendees

But does it help twelve-steppers stay sober? 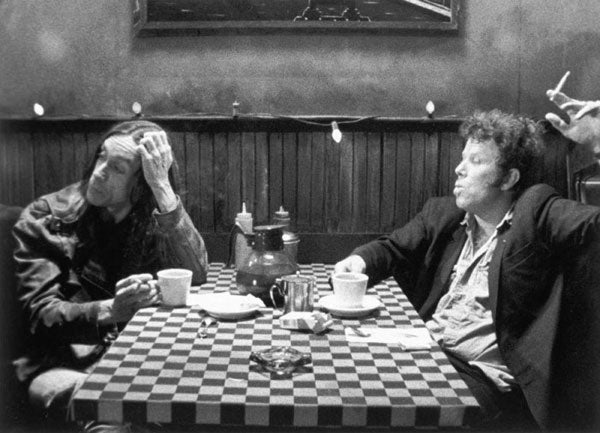 A church sits across the street from one of my previous apartments in Manhattan. In the evenings, I’d see a passel of people emerge from it for a spell of sidewalk chitchat, smoking, and coffee-slurping. I didn’t need a formal investigation to realize that these were adjourned Alcoholics Anonymous meetings. But now such a study has actually been done to confirm the legendary caffeine-and-cigarette culture of AA as a whole. It’s true: Twelve-steppers aren’t saying “Easy Does It” with these lesser vices.

The peer-reviewed study, which was conducted by addiction researchers at Nashville’s Vanderbilt University and announced today, “discovered” two main things after surveying the habits of 289 AA attendees. First, they use coffee and cigarettes in high proportions—88.5 percent and 56.9 percent, respectively. (Among the general U.S. population, 57 percent of adults drink coffee daily, while just 21 percent smoke.) Secondly, and even less surprisingly, AA attendees said that they drink coffee for its pep and smoke because it soothes irritability.

Yet scientists still don’t know if drinking coffee and smoking makes it easier or harder to stay off the sauce. The next step, says psychologist and pharmacologist Peter R. Martin, the study’s lead author, is more “detailed analyses of results to examine whether these changes in coffee and cigarette use are predictive of recovery from alcoholism per se.” As they say—First Things First.