A study shows urban life produces less carbon per capita, but some cities are greener than others 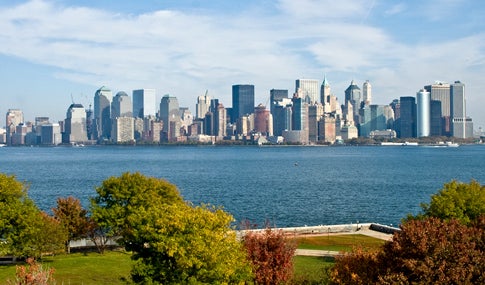 The Brookings Institute has released a study this week in which residents of the 100 largest metropolitan areas are shown to produce 14 percent less carbon dioxide emissions per capita than the national average. The reasons for the discrepancy point to population density. As one nears an urban center commute times are shortened, mass transit options are increased, and dwelling spaces get smaller, leading to less individual emissions on average. That’s not to say all cities are created equal. Metro areas in the eastern US were responsible for greater CO2 emissions due to the area’s reliance on coal for electricity generation; they were lower in the West largely because the weather keeps heating costs minimal (for more, see our list of America’s 50 Greenest Cities)

The West was also affected by exceptionally high electricity and gasoline prices, leading more metropolitan residents to consume less simply due to cost concerns. On the whole, the nation’s CO2 emission has been steadily on the rise, climbing 9.1 percent in the first five years of the millennium. Again, the metropolitan average was a few notches lower at 7.5 percent. While it will come as no surprise to anyone that energy costs are making suburban and rural living more expensive, the data in the Brookings report may point to a coming trend of the necessity of denser, more urban living.