Young Adults Drink to Boost Their Chances of Hooking Up 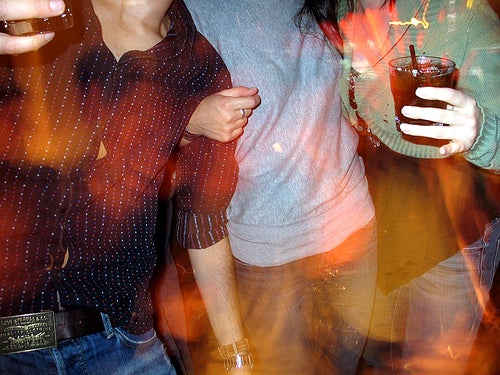 In testament to a tried-and-true move in the human mating game, European scientists have noticed that young people in bars and nightclubs across the land are using alcohol and drugs to grease the wheels of foreplay.

The results of a survey of 1,341 European clubgoers, which were recently published in the journal BMC Public Health, indicate that a third of 16 to 35-year-old males and a quarter of females intentionally drink alcohol to increase their chances of sex. Drugs like marijuana, cocaine, and ecstasy were chosen to prolong or improve sex. It’s no accident, the research team concluded, that sexual activity often accompanies substance abuse.

The researchers also learned from their study cohort that coupling while drunk or high was strongly associated with morning-after reports of unsafe sex or feelings of regret. These negative outcomes, Bellis said, do not appear to discourage this mating strategy.