A little science, a little magic 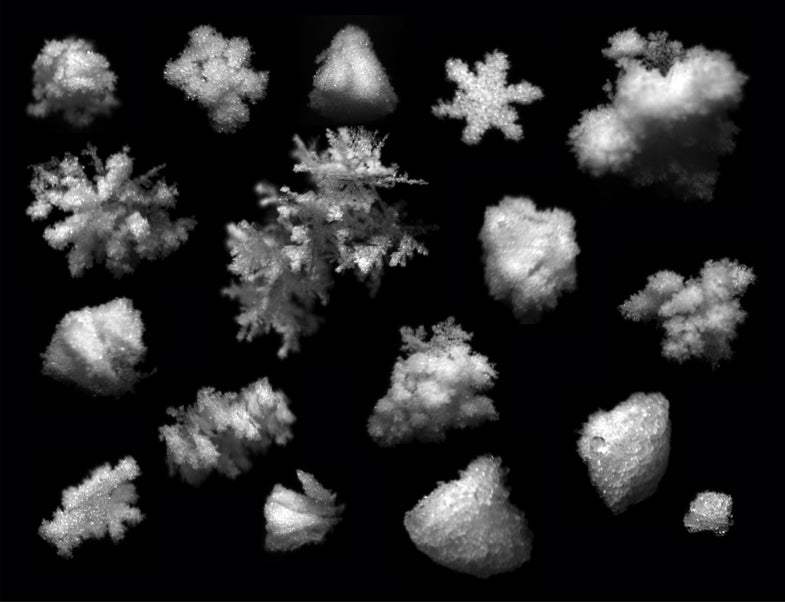 As folks in the U.S. East Coast prepared for a major blizzard yesterday, the sky offered a little gift: Large snowflakes that look like macroscopic versions of what snow normally looks like under a microscope.

The flakes are called rimed crystals. They’re covered with frozen droplets, called rime, that they picked up from supercooled clouds they passed through on their way down to Earth. The rime droplets are each just about 10 micrometers in diameter. As rime builds up around a snowflake, it amplifies the flake’s shape until what’s normally microscopic is visible to the naked eye. 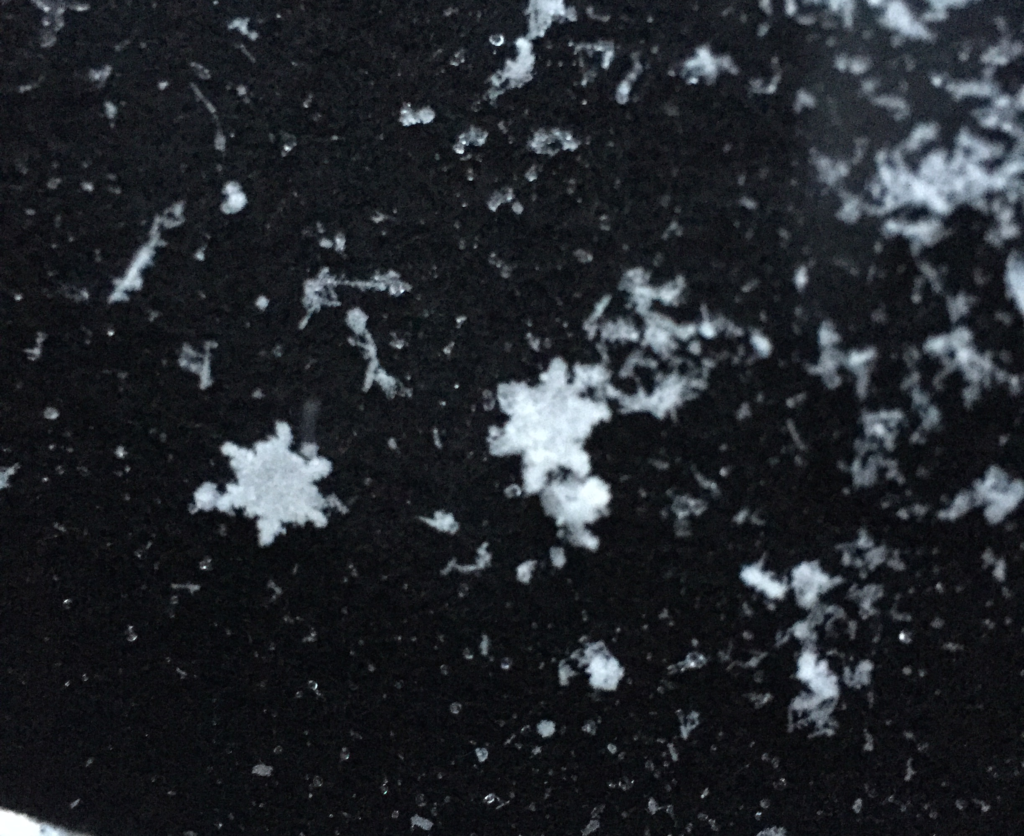 The rime layer has to be just right for this to happen. Too little, and you can only see the rime under a microscope. Too much, and the whole flake appears round and is called graupel. “Extreme riming,” as this book calls it, makes hailstones.

Snowflakes of any shape can pick up rime. Those in New York yesterday happened to be six-armed “stars,” but at SnowCrystals.com, you can see a couple of different shapes with a little rime. Here’s a microscope photo, from the USDA, of a capped column snow crystal with rime on its ends: 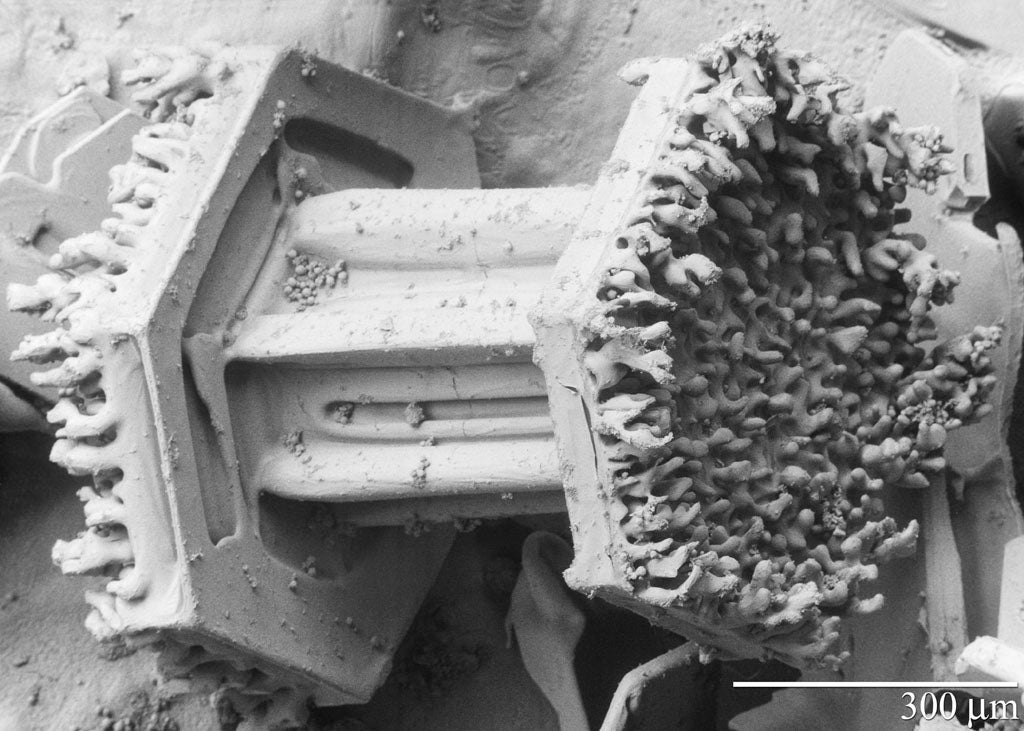 For snowflakes to accumulate rime, they must pass through special clouds in which liquid water droplets exist at temperatures well below freezing. The rime freezes on contact with snowflakes’ surface. This happens often enough, California Institute of Technology physicist Kenneth Libbrecht wrote to Popular Science in an email, but it is rare to see so many large, rimed snowflakes. So now you know the science, but it’s still a little magic.