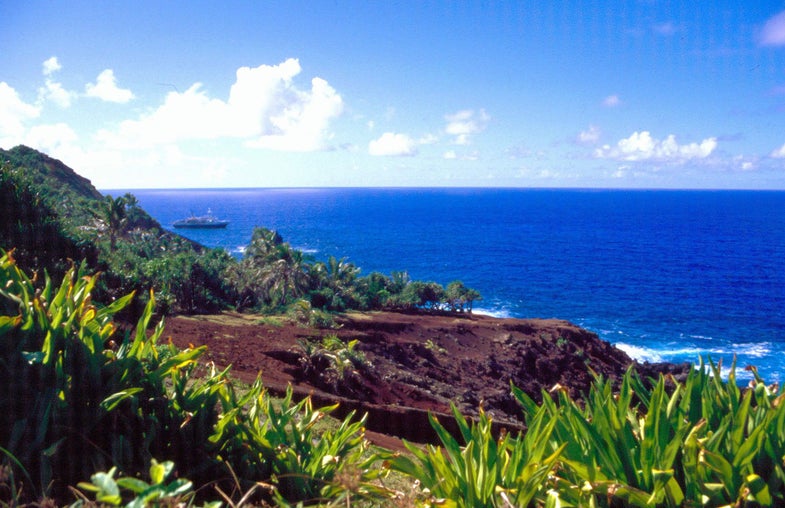 The United Kingdom announced this week that it is creating a massive marine reserve around the Pitcairn Islands in the Pacific ocean. Covering over 322,000 square miles, the new reserve will be protected from illegal fishing.

The Pitcairn Islands became infamous as the shelter for the mutineers of the HMS Bounty in 1790. It is one of the most remote locations in the world, but is home to many different species of marine life, including corals and fishes.

Because it is so remote, monitoring illegal activity in the area will be done by satellite. A collaboration between Pew Charitable Trusts and Satellite Applications Catapult led to a project called Project Eyes on The Seas which can monitor vessels, and figure out not only whether or not they’re fishing (by looking at how fast they’re moving), but also what kinds of fish might be in that area. By providing that data to governments around the world, they hope to end illegal fishing.