Spying on spies in the skies 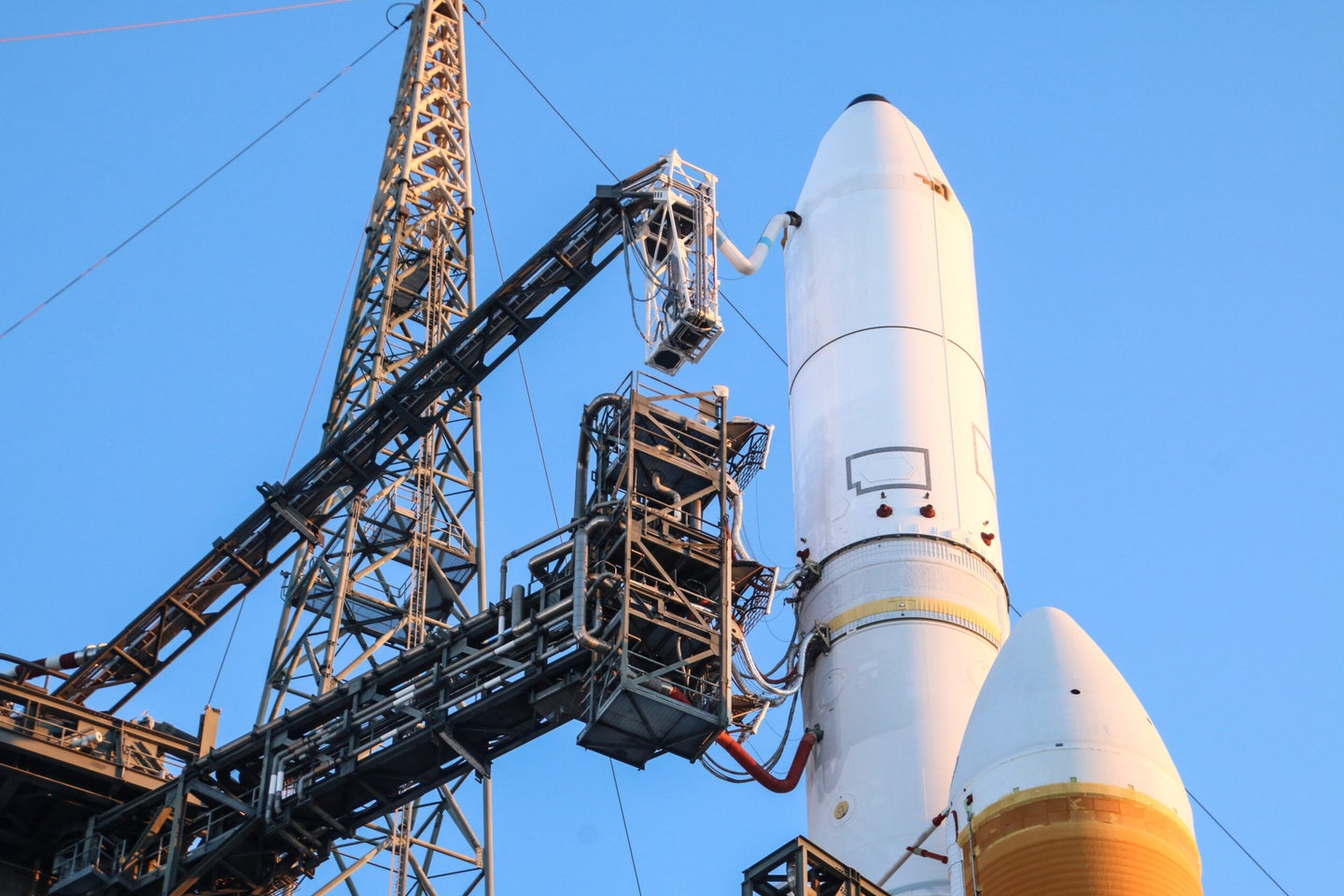 "The Delta IV Heavy is capable of placing a payload of 6,750 kilograms (14,900 lb) directly into geosynchronous orbit," says NASA, "or upwards of 14,000 kg (31,000 lb) into a geosynchronous transfer orbit.". Copyright Kyle Brown, used with permission
SHARE

There are secrets space can’t keep. When the National Reconnaissance Office launched an object into space earlier this month, we knew only rough details: the size of the rocket used (large), the nature of the agency launching it (reconnaissance), and the levels of secrecy around the payload (many). Now, thanks to the work of amateur astronomers, we have information that’s impossible to conceal: where, exactly, the object is in orbit–plus, what it might be.

Because of the super-heavy rocket used to lift it into space, it’s believed the satellite is a large Mentor or Advanced Orion satellite. At a satellite tracking blog, amateur skygazer Marco Lanbroek explained further:

Langbroek tracked down what he thinks is the NROL-37 payload that just launched, Motherboard reports:

When it launched the satellite, the National Reconnaissance Office showed off the mission patch, featuring an armed knight with a dragon-clawed sword, as a symbol of “tenacious, fierce focus with the claws representing extreme reach with global coverage.” If it settles as expected into place watching the Indian Ocean, or perhaps the Horn of Africa, it will join a constellation of American surveillance satellites, watching yet another slice of the globe.