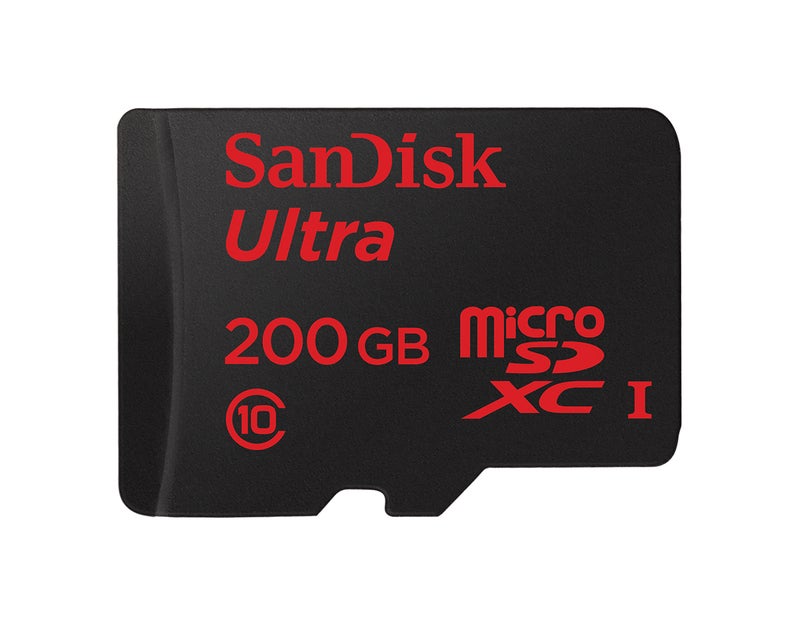 Let’s face it: Storage devices aren’t exactly the most exciting pieces of hardware. They either work or they don’t. And when they don’t work, they can cause major headaches. For the last decade, SanDisk has prevented those type of headaches by providing some of the most reliable storage devices on the market. Now it’s going a step further by providing the highest capacity microSD card in the world.

SanDisk’s newest MicroSD card (which is about the size of a thumb tack) packs in 200GB, effectively turning any Android device into a makeshift portable storage and backup device. They’re calling the product the 200GB SanDisk Ultra microSDXC UHS-I card Premium Edition, which doesn’t exactly roll off the tongue, but that doesn’t really matter. The card transfers data at about 90MB per second (or about 1,200 photos per second), meaning that anyone who likes to carry their entire music or photo library with them can effectively do so.

The device won’t come cheap. At $400, it’s a heck of a lot more than you’ll pay for any other microSD card on the market. But, considering how much data can be jam-packed onto this tiny chip, the price is probably justified.

An important thing to note is that not every phone or device supports microSD cards with so much memory–some have a maximum capacity. But we suspect that with microSDs like this coming on the market, it won’t be long until phone makers realize the error of their ways.