Drone Racetrack To Open This Summer In San Francisco

With adults-only parties, people can drone under the influence 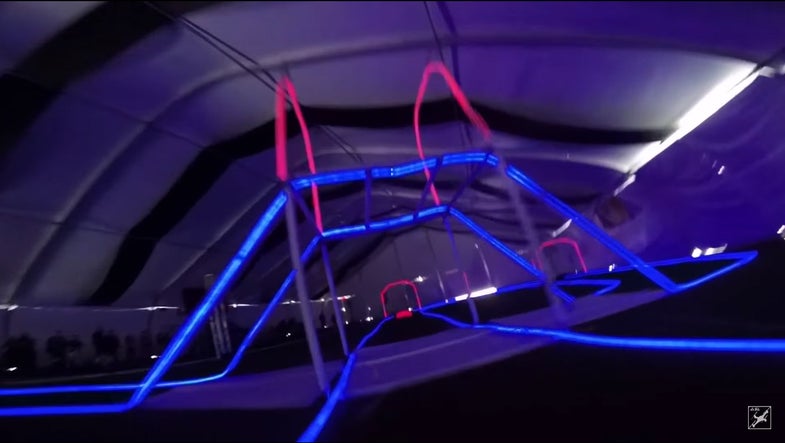 Indoors, free from the broader constraints of the law, drone racing is taking off.

The Aerial Sports League is a drone racing group. Their logo, a white quadcopter against a blue and black field, appears styled after that of major league sports. And with a new facility they’ve built at San Francisco’s Palace of Fine Arts Innovation Hangar, they’re hoping to turn drone racing from a private hobby to a spectator sport.

Think of it like a modern Chuck E. Cheese for adults. From Marketwatch:

The drones are separated from spectators by a net, so observing even drunk drone pilots should, in theory, be a safe activity. We’ve already explored drone race tracks in 360-degree video, but it’s a whole different experience to see it from the drone’s perspective.

Last weekend, the Aerial Sports League held a party to show off the “Drone Sports World,” which they plan to open to the general public later this summer. Check out the invitation video below: