New colors for Gear S2, a washing machine with a killer feature, and more 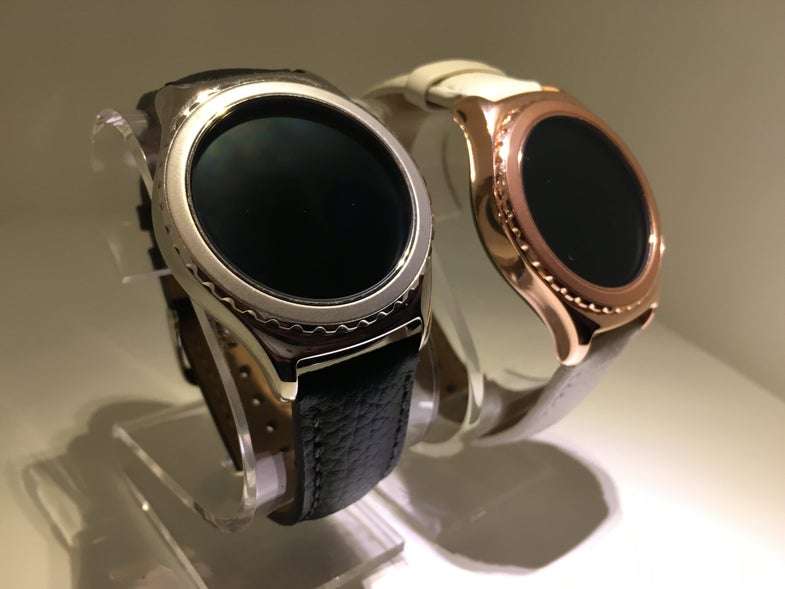 Samsung’s CES 2016 press conference introduced new features to many devices across the board. From mobile products like smartwatches and tablets, to appliances like refrigerators and washing machines, many of Samsung’s signature products saw potentially useful updates.

Along with making life simpler for TV owners, smartwatch users and laundry-doers, there were a few smaller updates thrown into the company’s big event as well. The South Korean tech and appliance maker brought a lot to the #SamsungxCES2016 event, but here’s what was coolest. 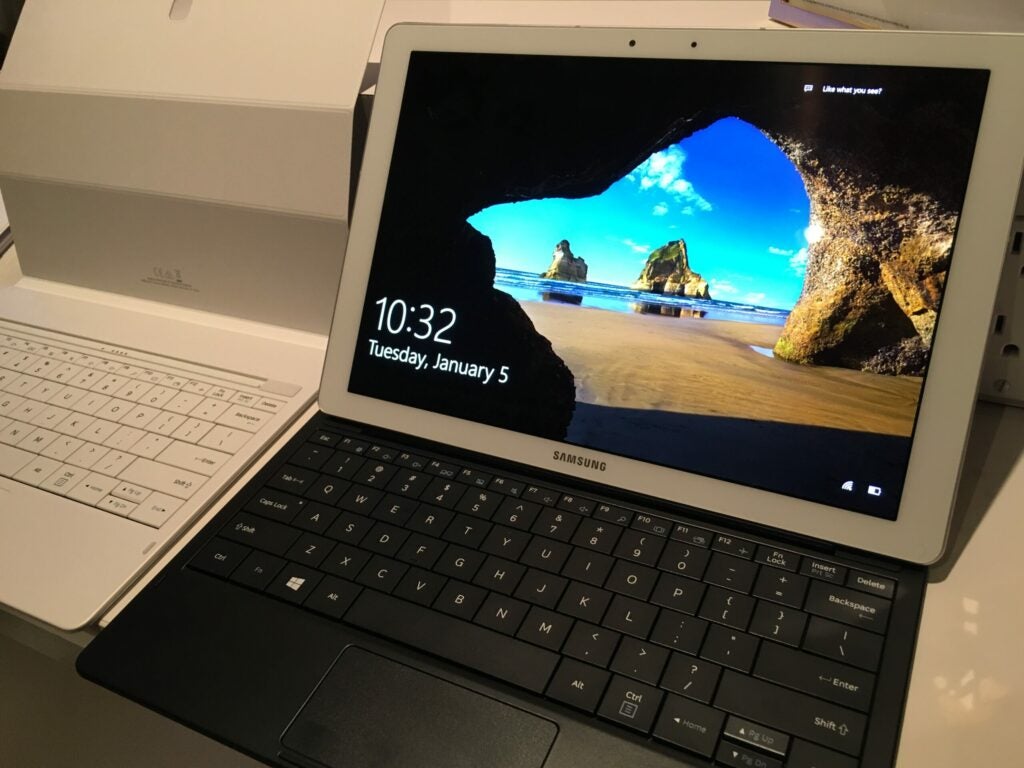 Samsung took to CES 2016 to unveil its Galaxy TabPro S, Windows 10 machine. The Microsoft Surface Pro 4 competitor provides Windows users with a familiar convertible design: one part tablet, one part laptop. Magnetic connectors on the bottom of the tablet allow it to connect to the keyboard case.

Making use of integrated magnets, Samsung’s Galaxy TabPro S has two modes during use as a laptop. Notebook users can stand the screen nearly at a right angle or lean it back further at their leisure. 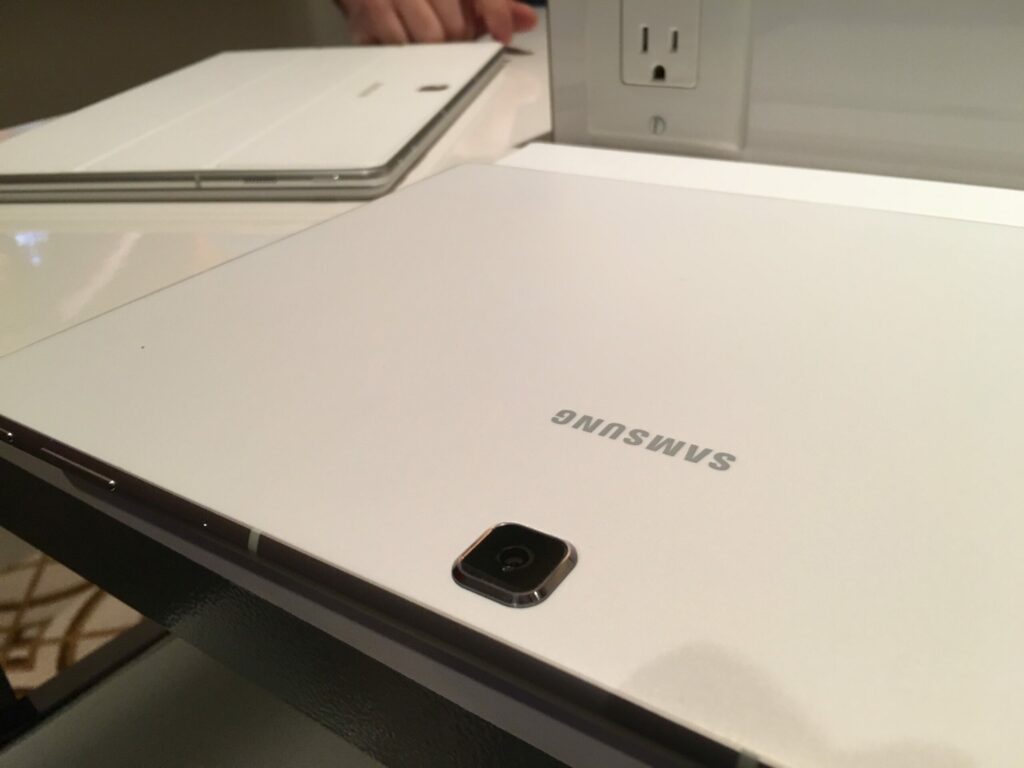 Offered in white and black, the TabPro S offers 4GB of RAM with options between 128GB or 256GB of SSD storage space. The 12-inch, Super AMOLED display measures in at 2160×1440 pixels. Front and rear megapixel cameras are 5 megapixels each. But the most important detail surrounding the Galaxy TabPro S—price tag—will be revealed at a later date. 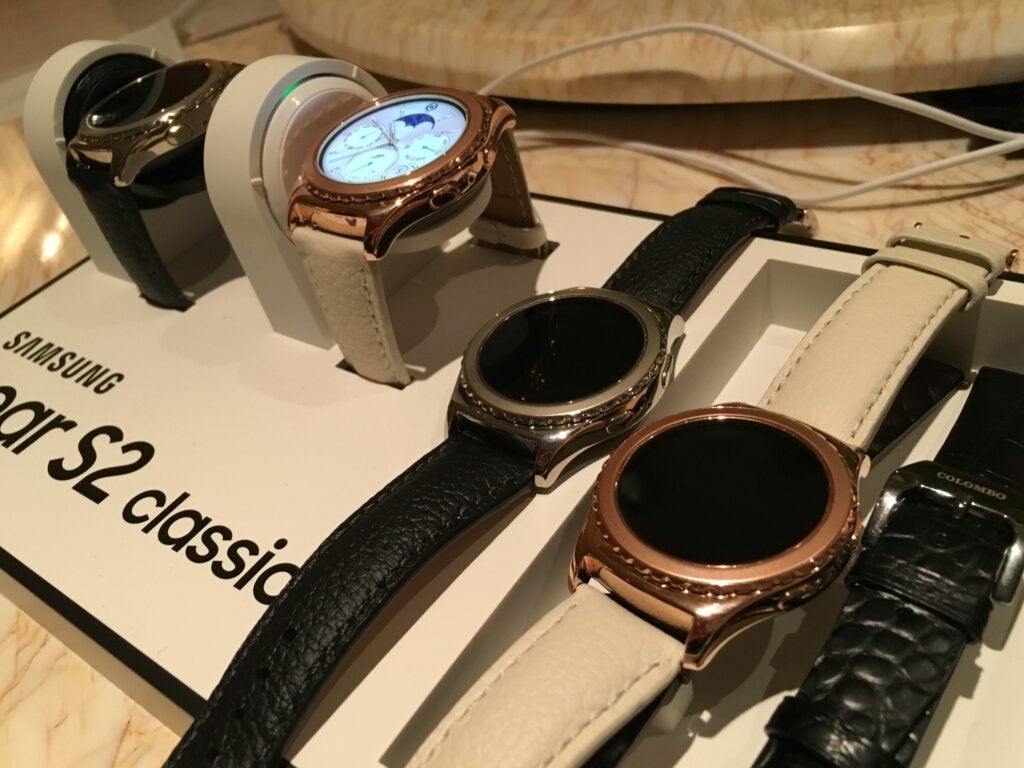 Samsung is updating its popular Tizen smartwatch with some new features for the new year. Named simply the new Gear S2, the 2016 version of Samsung’s wearable now offers Near Field Communications (NFC), an industry standardized wireless specification, for making quick payments from your wrist. The South Korean phone company is betting on its Samsung Pay system in a big way, and including near-field communication in its flagship smartwatch will only allow more owners to make use of Samsung Pay.

Also coming to the Gear S2 line is a new color option: rose gold will be available in addition to the black and white face options, for those folks who want greater choice in hues for their smartwatch. Though unlike the rose gold version of the Apple Watch unveiled last year, Samsung’s rose gold is of the plated variety—making it (most probably) cheaper to sell to users.

The company’s flagship smartwatch got a big color update with the additions of rose gold and platinum.

In addition, a platinum version of Samsung’s Gear S2 will also be made available.

New band options of ivory and black leather will also arrive with the rose gold and platinum options, respectively. Prices for both are unknown at the moment.

In a coming update, Gear S2 hopefuls who don’t own a Samsung device will soon be accommodated. Compatibility for iOS will come to the Samsung Gear S2. 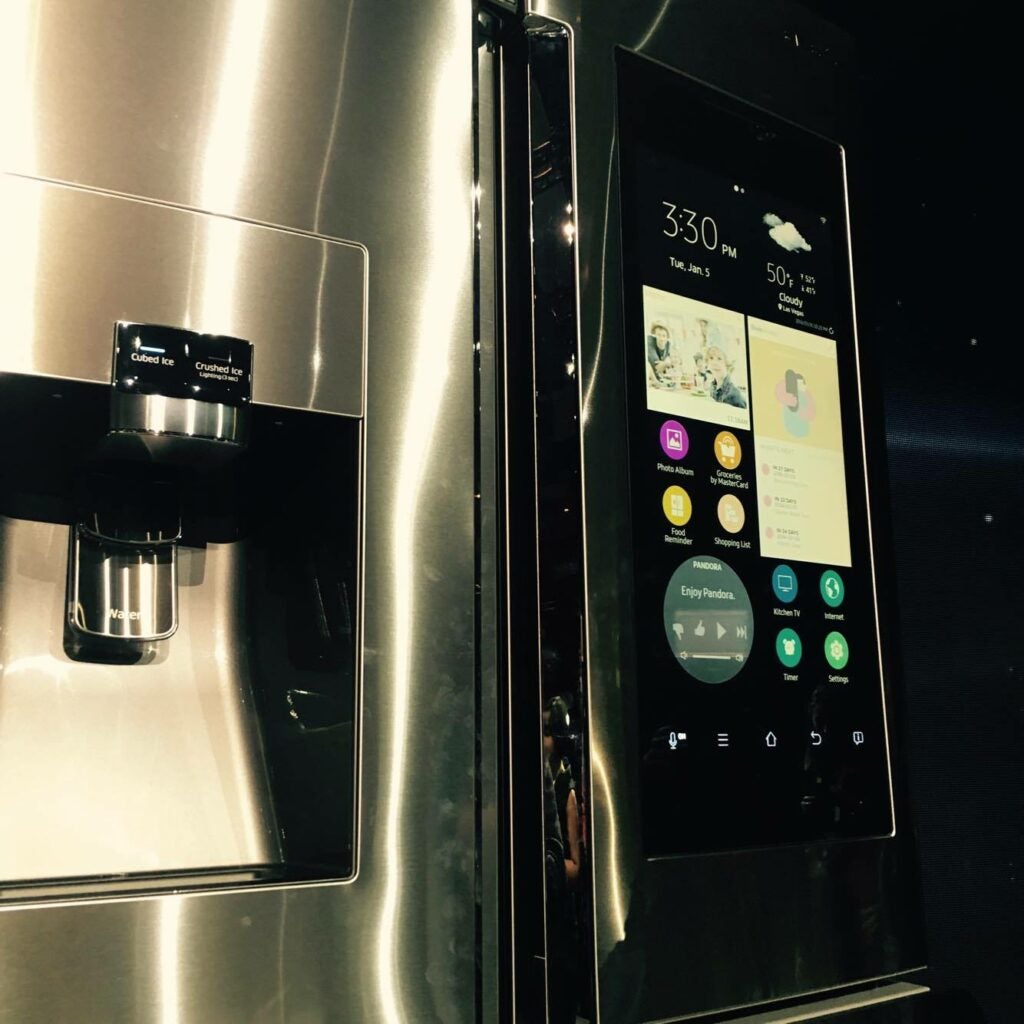 The company showed off its latest internet-connected appliance at its big event at CES 2016.

It’s clear Samsung has put some thought into this refrigerator. The company has included a 21.5-inch touchscreen on the front of the fridge and cameras within that snap a photo every time you close its doors. An app you can control with your phone gives you a window into your refrigerator, allowing you to keep an eye on what has and hasn’t spoiled–even when away from the kitchen.

The touchscreen isn’t just for show. Samsung is letting owners order food from sources like FreshDirect and ShopRite right from their fridge. You may not be able to close the thing with your feet like LG’s, but Samsung’s offering could still prove useful. 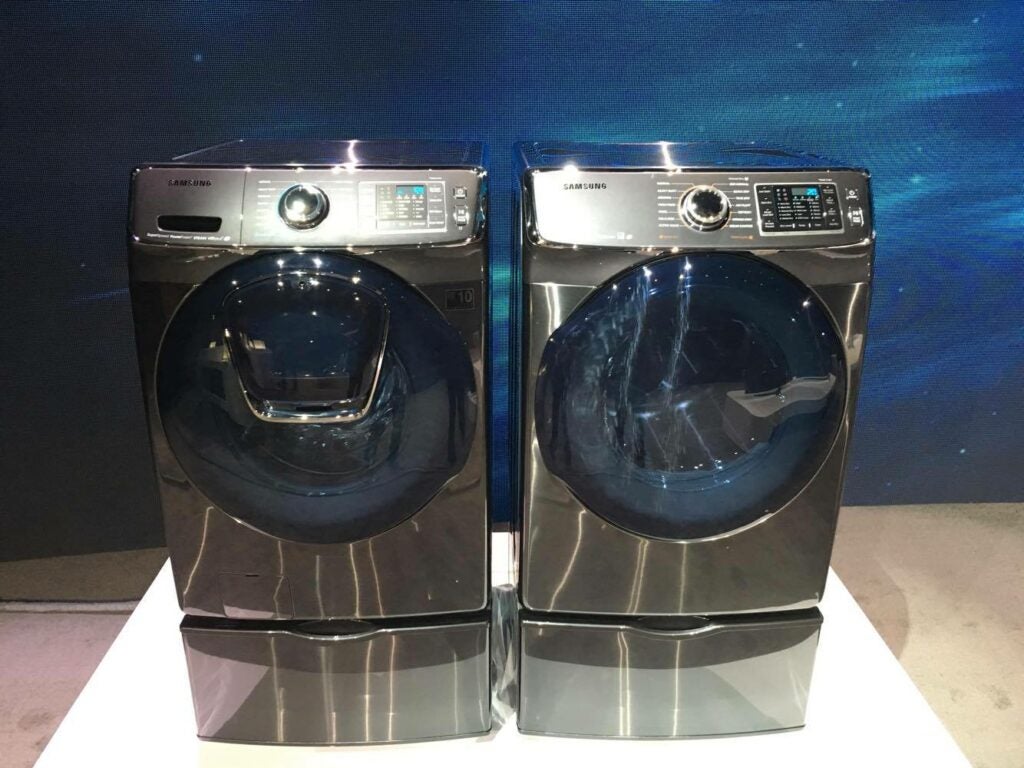 The killer feature is the ability to add laundry after the washing cycle has already started, as presented at CES 2016 in Las Vegas.

Samsung also showed some love to the often-forgotten washing machine. On its face, these appear to be standard laundromat devices we’ve come to know. Though Samsung has added a new feature that promises to be useful, especially for those who are forgetful: the ability to add in a piece of laundry after the load has started washing. This one feature could be a defining one for washing machines in 2016.

The company had other smaller improvements to announce to existing products, including a sound bar that outputs Dolby Atmos, an ultra surround sound system that includes sound coming from overhead as well.

The company’s upcoming flagship SHUD TV’s will offer a one-remote solution to control all your entertainment center options. Game consoles like the Xbox One or Playstation 4 will be available to control within Tizen on the television.

With the amount of thought Samsung has put into even its fridges and washers, fans of the company may have a lot to look forward to at this year’s “Unpacked” Galaxy flagship announcement, anticipated later this year.