Sea Level Rise May Be Smaller Than Predicted 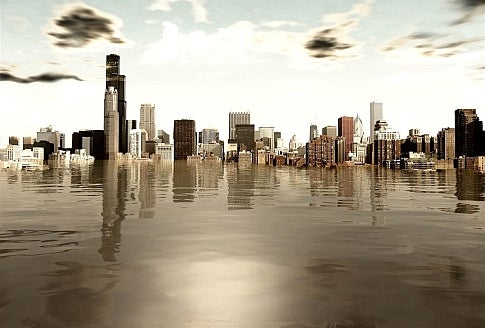 A new study released by the University of Colorado at Boulder claims that a global sea rise of more than six feet by the year 2100 is nearly impossible.

The researchers used conservative, medium, and extreme scenarios for Greenland, Antarctica, and the world’s smaller glaciers and ice caps. Each scenario produced a result from two feet of sea rise to no more than six feet of sea rise. When factoring in thermal expansion due to warming waters, the team concluded that the most plausible scenario would result in a total sea rise of roughly three feet to six feet by 2100.

Last year, scientists at the University of Arizona at Tucson released a study in the journal Science that predicted a catastrophic rise in sea levels of more than nine feet by 2100. The study modeled climate changes from 130,000 years ago to predict future sea level changes. In the modeled era, sea levels rose roughly between nine and 13 feet. The study concluded that sea levels would continue to rise at peak rates of more than three feet per century.

According to the Colorado researchers, the larger predictions in sea level change aren’t likely, simply because ice and water do not move that fast. Considering Greenland’s contribution to sea level rise alone, glaciers would have to move 70 times faster than they currently do, and that change would have to occur now, not ten years from now.

Still, a rise of even three feet is could be potentially devastating. A rise of two feet would diminish the landmass of the United States by approximately 10,000 square miles, according to the Environmental Protection Agency.