Good News About the Environment 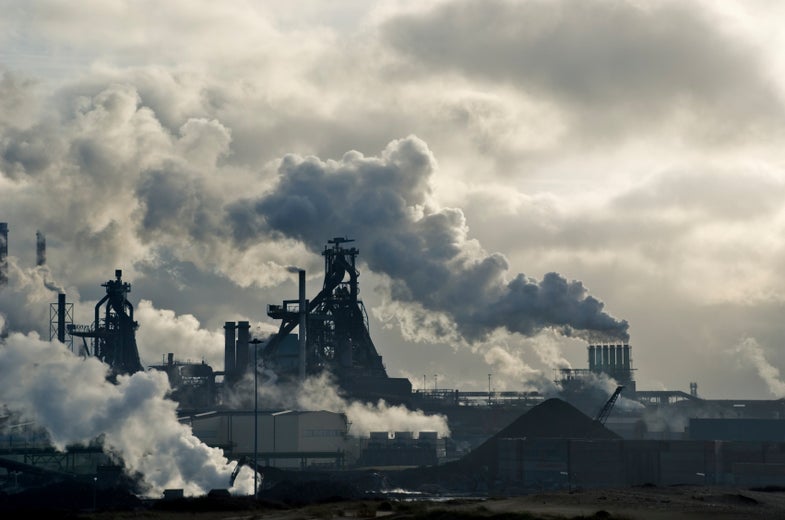 Wind energy, tidal energy, solar—the world is embracing large-scale green power. Oh wait, maybe we spoke too soon. Tata Mundra, the largest coal-fired energy plant built in decades, is going up in India with the help of a $450-million loan from the World Bank. The 4,000-megawatt coal plant will use relatively modern, efficient technologies to produce enough juice to help out 16 million people, but in the end, coal is coal—at full capacity, the plant will emit only 13 percent less carbon than a conventional coal-fired facility. On top of that, experts predict that up to 20 percent of the power generated will be lost to India's poorly maintained electricity grid, negating any benefits of the plant's technology and making it just another mammoth fossil-fuel incinerator. iStockphoto
SHARE

Although we still have much progress to make on reducing emissions, new research suggests the situation could be worse.

According to a study by the Desert Research Institute, pollutant levels at the beginning of the 20th century were two to five times higher than current levels of pollution. Researchers attribute the decrease in pollution levels to the advent of more efficient coal-burning technologies, as well as legislation aimed at reducing emissions.

The results of the study were determined by ice core samples taken from Greenland. Using the samples, researchers gathered continuous monthly and annually averaged pollution levels dating from 1772 to 2003. The data showed that toxic heavy metal pollution — not the Slayer variety — from cadmium, thallium and lead was much higher in the early 1900s than today. According to the researchers, pollution levels for the early 20th century represented a tenfold increase over preindustrial levels.

Coal burning, primarily from North America and Europe, has long affected the Arctic region, by contaminating the area with soot, or black carbon. Last year, the same team of researchers determined that accumulated soot in the Arctic region reduced the earth’s ability to reflect sunlight, therefore contributing to global warming.

While researchers have an understanding of the impact to the environment, the full impact on human health has not yet been determined. Currently, researchers believe food chain contamination may eventually make its way to humans. Furthermore, the researchers speculate that the risk of more contamination in other areas may be compounded by rapid growth of coal-burning technologies in Asian economies. Implementation of cleaner burning coal technologies or reducing the reliance on coal may reduce potential problems, say the researchers.