Salty Ceres Contains Hints Of An Earth-Like Oceanic Past

What other mysteries could this dwarf planet hold? 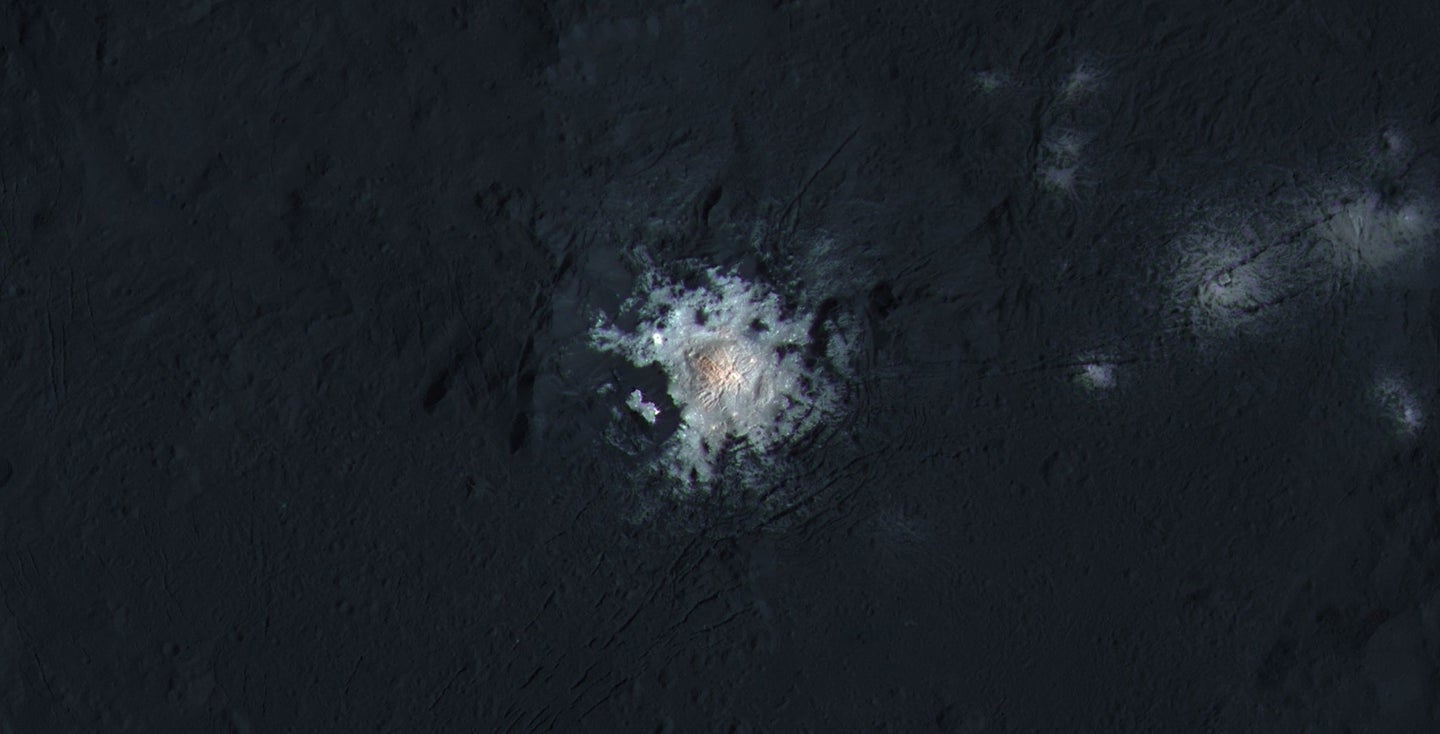 An enhanced color view of the Occator Crater on Ceres, taken by NASA's Dawn spacecraft in February 2016. NASA/JPL-Caltech/UCLA/MPS/DLR/IDA/PSI/LPI
SHARE

Dwarf planet Ceres, king of the little guys hanging out in the asteroid belt, just showed its salty side.

New findings from the Dawn orbiter spacecraft showed that light-colored areas of the crater, previously thought to be magnesium sulfate, are actually carbonate minerals. Carbonate minerals have only otherwise been found on Earth, in watery environments. This hints that there was water in Ceres’ past.

Dawn also spotted ammonium chloride and/or ammonium bicarbonate, ammonia-bearing salts, which have also been found on icy worlds farther out in the solar system. Ceres and Enceladus— one of Saturn’s moons that raised excitement this week for the possibility of alien life — have this in common, as both could have geysers that pushed these compounds to the surface.

“This is the first time we see this kind of material elsewhere in the solar system in such a large amount,” Maria Cristina De Sanctis, principal investigator of Dawn’s visible and infrared mapping spectrometer, said in a NASA press release.