Russian Cargo Spacecraft Will Burn Up During Reentry Today

But where is uncertain 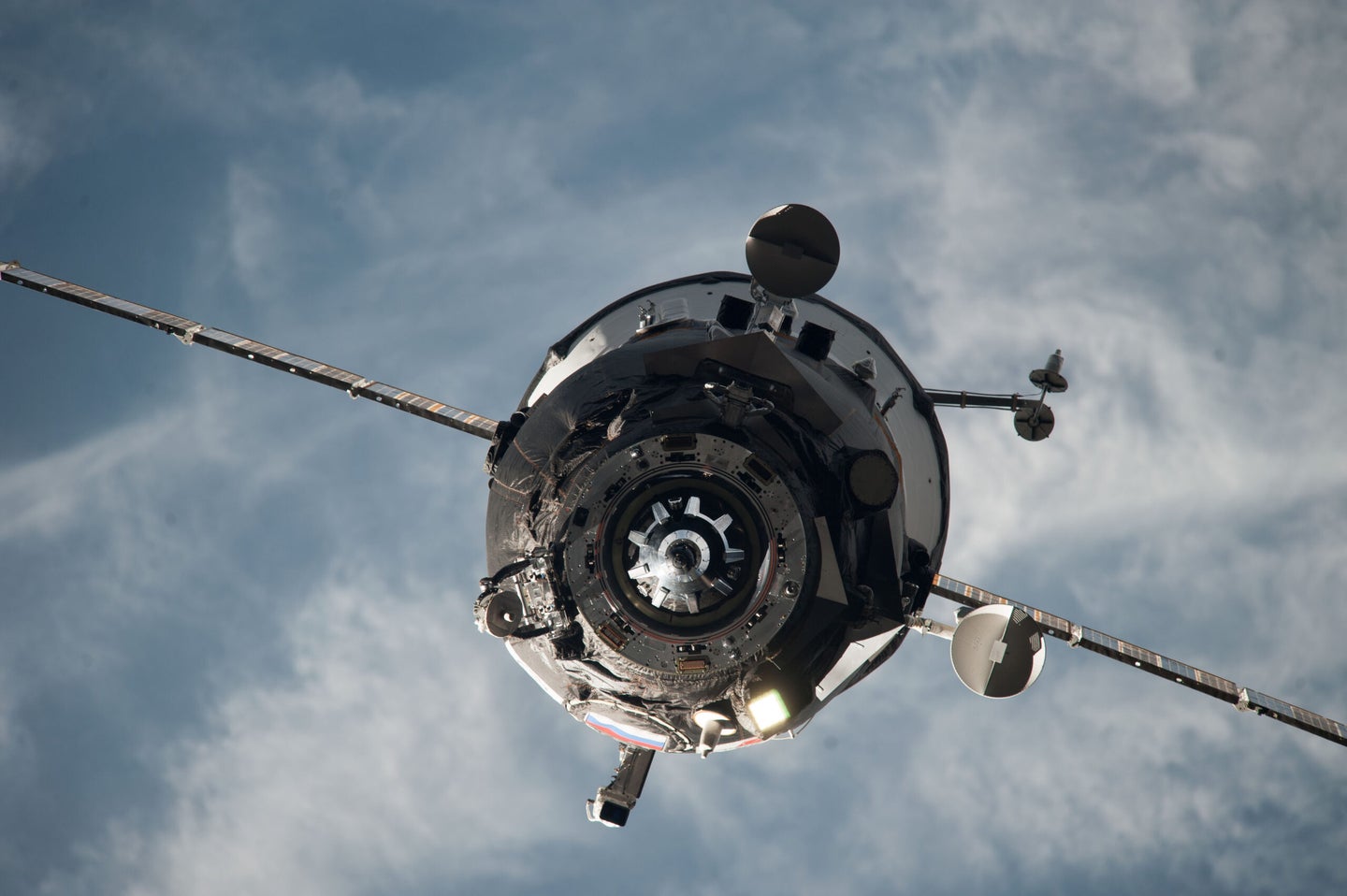 Update: According to Roscosmos, the Progress fell to Earth somewhere over the Pacific Ocean at 10:04 p.m. EDT Thursday night. And thus, the saga of the rogue cargo spacecraft has come to a boring end.

Two weeks ago, a routine resupply mission to the International Space Station turned into a rather dramatic affair. A Progress spacecraft, an unmanned cargo resupply ship used by the Russian space ageny to send food and supplies to the ISS, stopped sending data back to ground control after reaching orbit. Attempts to establish communication with the spacecraft proved futile, and video from NASA TV showed the module spinning wildly around the planet. (It’s possible an explosion caused the unstoppable spin.)

Over the next few days, Russian flight controls tried to get ahold of the Progress without success, ultimately canceling any rendezvous with the station. So with no ISS docking in the spacecraft’s future, the only thing left for Progress to do was fall to Earth and burn up in our atmosphere along the way.

Now Roscosmos says the time has come for the spacecraft’s fiery downfall, but as for when and where that will happen, it’s anyone’s guess. According to an update on the Russian space agency’s website, the spacecraft will burn up on May 8 in the wee hours of the morning Moscow time. So for us in the United States, that’ll be between 6:13 p.m. and 9:51 p.m. EDT this evening.

Roscosmos says only a few small pieces will survive the reentry, as the Progress is designed to mostly incinerate during its descent. However, since the space agency has no communication with the spacecraft, it’s hard to know exactly where those pieces will fall. An update from the European Space Agency says the likelihood of reentry over North America or Europe is very small, and chances are good any surviving pieces will fall over the ocean, the desert, or an area without people. So there’s no need to head for shelter. “It’s a complete waste of time to worry about this. There are daily risks that are much higher,” Holger Krag, head of the ESA’s space debris office in Darmstadt, told the Guardian. “…Your chance of being struck by lightning is higher.”

Still, no one knows for sure. N2YO.com, a satellite tracking service, shows that predictions are literally all over the map.