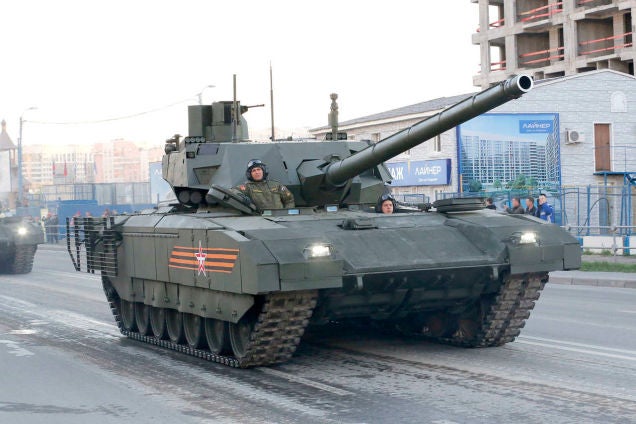 For a country looking to show off its military might, Russia is suffering from an embarrassing bit of projectile dysfunction. To celebrate the 70th anniversary of victory over Germany in WWII, Russia is preparing for a massive military parade in Red Square. The parade is scheduled for Saturday, and it will showcase Russia’s brand-new Armata tank. There’s just one little hitch: On a rehearsal for the parade, one of the tanks stalled.

The tank’s driver raised a little red flag and, rather than signaling the return of the Soviet Union, instead indicated that the tank had engine trouble.

Russian media is currently hyping the Armata as the most powerful tank in the world, so this parade-route stall couldn’t come at a worse time–well, unless it was in battle. Of course, Russia would be the first major power to promote a broken vehicle, and the planned 2020 adoption date for the Armata means there’s still plenty of time to fix the engine.