This Russian Camera Looks Like A Gameboy Crossed With A Gun 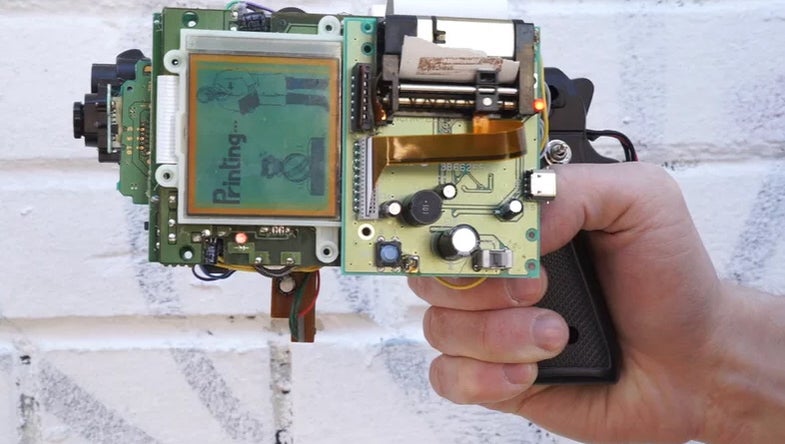 With a click of the trigger, the gbg-8 shoots! Except it’s not expelling bullets; it’s taking a picture. In essence, the gbg-8 is a camera masquerading as a gun. After taking a photo, with a camera mounted inside the “barrel,” the image become visible on the cannibalized screen of a gameboy mounted on the side of this weird piece of cyberpunk gadgetry. In seconds, a thermal printer then spits out the image on paper.

Made by the artist vtol in Moscow, it seems less about the functionality–there are better cameras and portable printers out there–and more about the materials used. Built from a game boy, an arduino board, a camera of unknown origin, and a thermal printer, gbg-8 is an alternate vision of the 1990s where polaroids were outlawed and only outlaws made polaroids.