Russia Is Working On An Anti-Drone Microwave Gun

They could also just try bullets and missiles 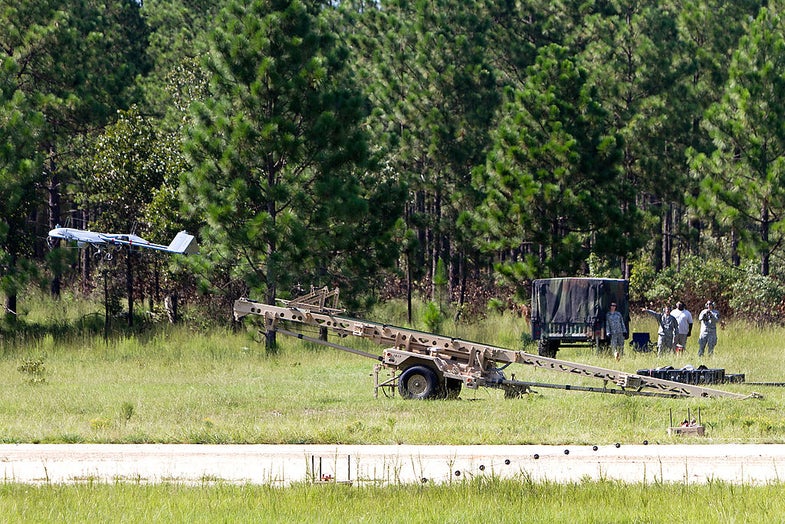 To fight drones, a state-owned Russian defense firm is developing an anti-drone “microwave gun,” according to Russian state-owned news site Sputnik. The gun will have a range of just over six miles and fire in 360 degrees. It won’t destroy drones, but it will disable the “radio electronics” of drones and precision warheads, if it works as promised. It certainly sounds clever. But it might be solving a problem that doesn’t really exist.

Despite ominous names like “Predator” and “Reaper,” drones as we know them aren’t really a threat to countries with anything resembling an air force. Designed to fly slow and stare at the ground through a pinhole, modern combat drones are sitting ducks for fighter jets, and are pretty vulnerable to anti-air missiles. Smaller drones can be destroyed by machine gun fire.

Also, disabling a drone’s radio electronics means that the drone’s cameras and controls probably stop working, and a defensive weapon that turns drones into aimless projectiles seems like a bad idea.

The United States is also developing a microwave weapon, but its approach has one key difference from this Russian anti-drone gun. The “Counter-electronics High-powered Microwave Advanced Missile Project” (CHAMP) missile targets the electronics inside a building, shutting down computers and radios on the ground. Perhaps a future conflict will see American-made anti-electronic drones facing off against Russian made anti-drone microwave-guns. At least in that conflict, the only thing getting nuked would be the missile.