Knife-Wielding Robots Are Getting Better At Handling Slippery Foods

And they want to slice up a salad for you 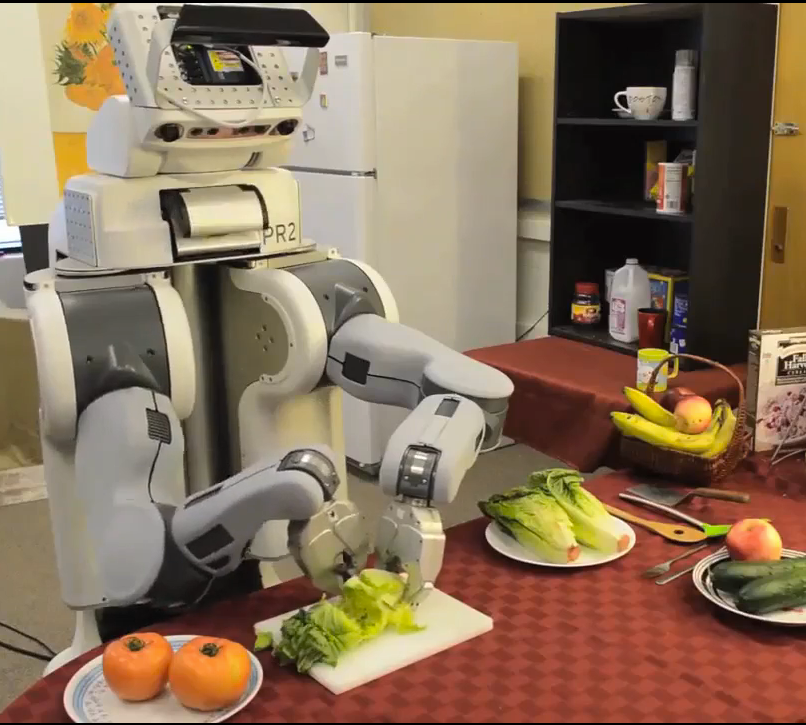 From whipping up your breakfast to leading the tango, robots are getting so sophisticated that they can do pretty much anything these days. But soft, slippery objects are still difficult for their mechanical arms to handle, especially if they’re irregularly shaped.

Now, using sensors that help the robots “feel” what they are handling, robotics experts from the Dutch company Lacquey and at Cornell University are making robots that can grasp and cut even the most challenging foods. These machines rely on 3-D visual feedback as well as physical cues to detect what it’s grasping or cutting, and make sure it’s doing it correctly. The Cornell robot, for example, can detect a dead chicken’s orientation in space, and gets feedback from its knife to determine whether it’s cutting meat or bone in the right place. Similar feedback systems allow the Dutch robot to delicately pick up a cabbage, reorient it, and place it in a machine to remove its core–something no robot has been able to do before.

While Lacquey is focusing on the industrial side of food prep, Ashutosh Saxena and his team at Cornell University are teaching their robots, to be more domestic. After a training period, one robot was able to cut up and rearrange lettuce, tomatoes and cheese to make a salad.

Check out the story and video of the robots in action from MIT Tech Review.