Robotic System Plots Space Then Moves Arm Safely Through It 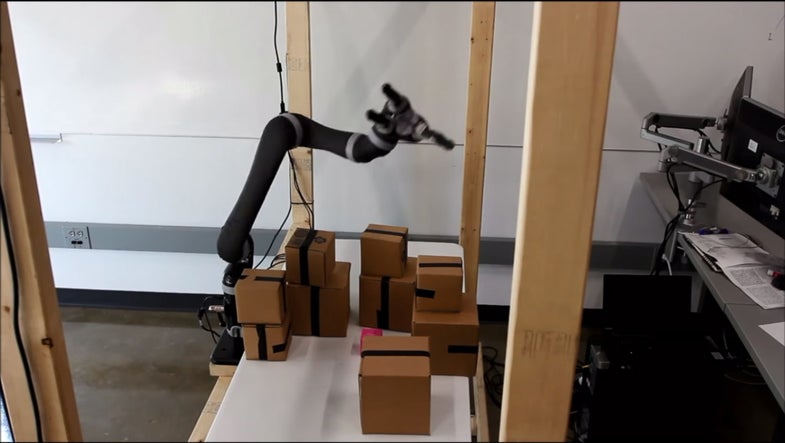 Moving through space is complicated. Sure, it doesn’t seem like much planning to reach over the precarious stack of magazines, around the half-filled glass of water, and around the record player to grab the misplaced rubik’s cube, but that’s because humans have lifetimes of experience in moving through space. Robots don’t. To make a robot that could plan these types of intricate movements, researchers at Duke did the logical thing: They taught it to survey the entire space, subdivide that space into little rectangular prisms of area, and then check that against where it needed to move. Simple, right?

Here’s the robotic arm grabbing a cube while avoiding obstacles.

The robotic arm is part of a broader system, with four Microsoft Kinect scanners serving as eyepieces mounted above the table. It’s these scanners that plot the space, and then the arms move through it, building a roadmap from a set of possible positions. While its plotting how it has to move, it’s also checking to make sure that it won’t collide with anything.