As it grows and shrinks with changing humidity, it reports data on its environment 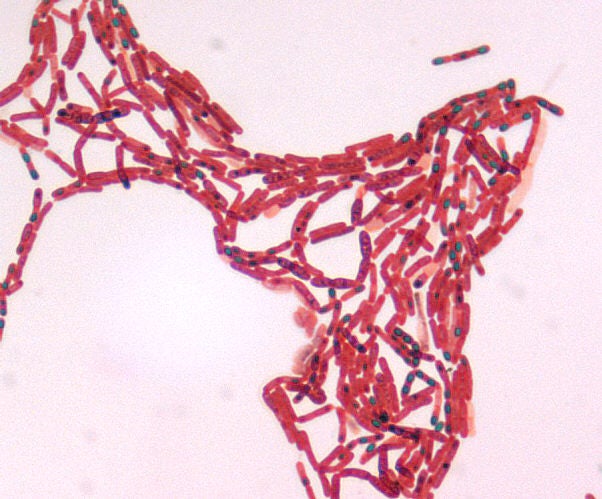 Though we’re a long way from Robocop, cyborgs are real, even if they’re sometimes too small to see. The newest iteration is a bacterial spore with quantum dots on its cell membrane that generate an electrical charge when the cell expands and shrinks depending on the humidity in the surrounding environment. The study was published recently in the journal Scientific Reports.

At the tiny scale of a single cell, measuring movements isn’t easy. So the researchers wanted to find a way to get the clearest signal about a particular environmental condition—in this case, humidity—based on how much a cell moves in response to it. The researchers chose a particularly sensitive kind of cell, a spore of the bacterium Bacillus, and placed two quantum dots on its cell membrane. Quantum dots are tiny conductors that can efficiently transfer signals from one medium to another. 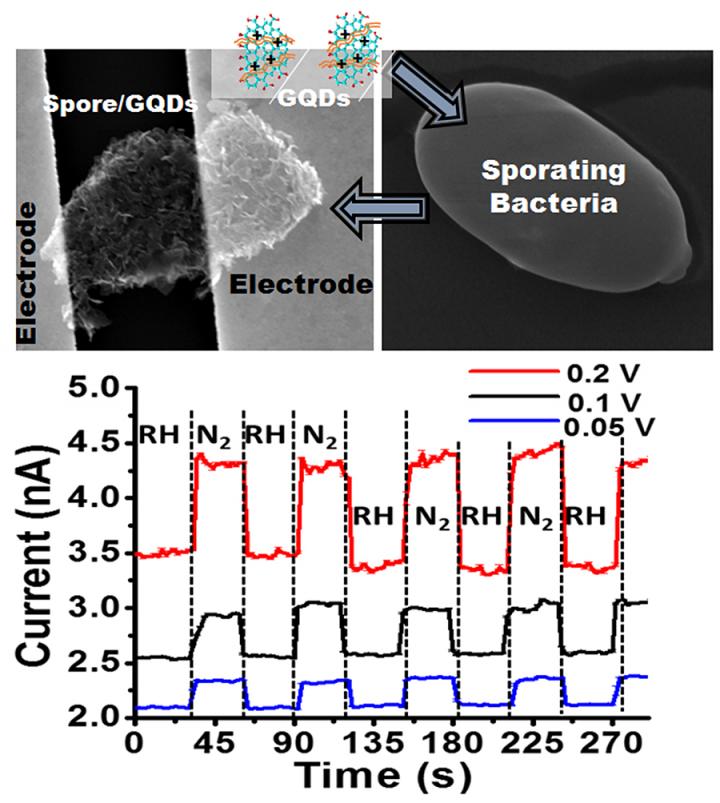 With electrodes on either side of the spore, the researchers saw a spike in conductivity when the humidity level was lower and the quantum dots were closer together.

The researchers attached electrodes to either end of the spore and measured the dots’ conductivity; when the humidity was lower, the spore would contract and bring the quantum dots closer, which would create a spike in the conductivity reading. Each time the researchers changed the humidity around the spore, they saw a clear change in the readings, with a response rate 10 times faster than the most advanced water-absorbing sensors, they said.

Such rapid and sensitive humidity readings could be useful for conditions where changes in humidity could spell disaster, like to detect leaks in space. But the researchers also foresee more robotic spores like these that could have a variety of applications in the administration of pharmaceuticals or medical devices on the scale of individual cells.