The future of games is having robots play the boring parts 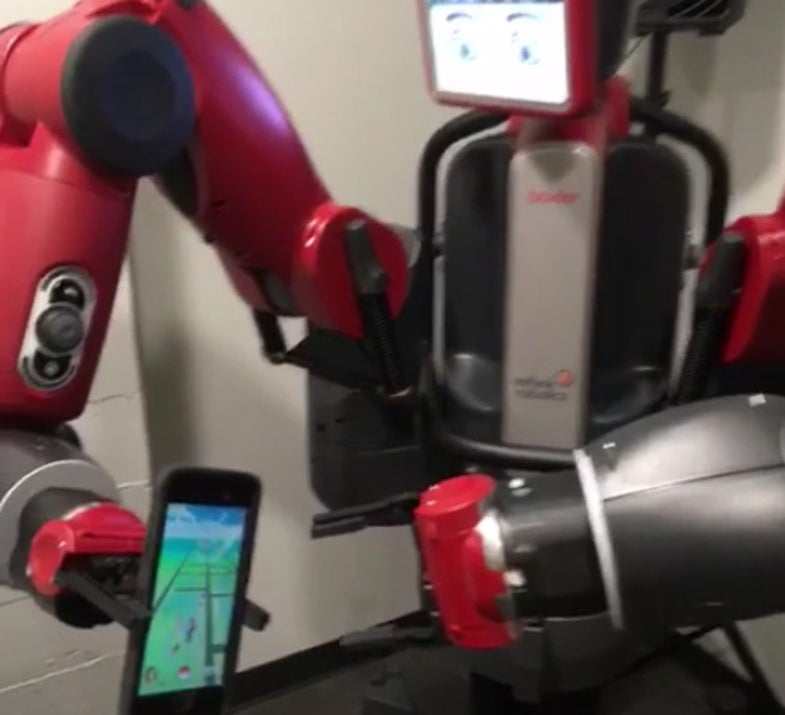 Remember those happy days of early July, when playing Pokémon Go was an excuse for exercise and adventure and not some loathsome, repetitive chore?

What if, instead, one could outsource their fun, maybe to a robot? Spotted by technologist Lath Carlson, Baxter is a robot used by accessible computing nonprofit Super Dimension Fortress. Two days ago, the company trained it to catch Pokémon, and look, it caught a Spearow!

Great job, Baxter, but we’ll need something more impressive than a Spearow to really show you off. And the robot doesn’t appear to move more than just its arms, so its ability to catch Pokémon in a location-based game is pretty limited- — unless it’s cheating.

Maybe, once Baxter has hacked the phone to let it tap the screen to move in the game, it can hunt for Pokémon Go’s own digital bandit — the elusive Porygon.