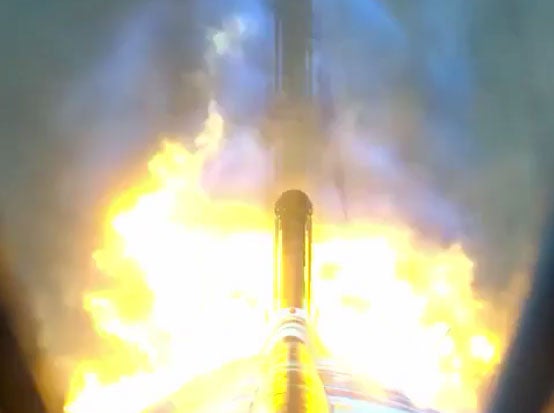 Blue Origin, the private spaceflight company founded by Amazon’s Jeff Bezos, made history in November when it landed its New Shepard rocket gently on the ground of the company’s Texas test site.

In January, it re-launched and re-landed the same rocket booster, giving us this video.

Now you can get a taste of what it feels like to be a rocket booster crashing toward your landing pad in a glorious and fiery (but controlled) landing.

The company just posted this video from the January launch and landing: