Denmark calls a global conference, and puts an American in charge 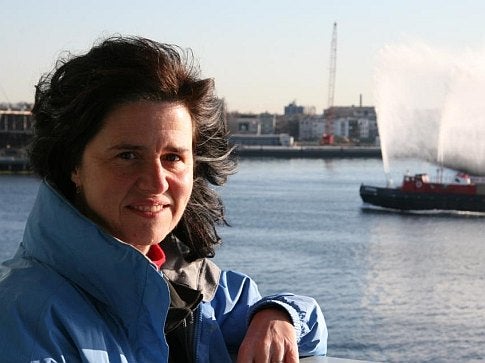 Katherine Richardson is atypical. This American oceanographer is thriving at the University of Copenhagen, where she serves as Vice Dean of Science. In the genteel worlds of academia and northern Europe, she’s a straight-talker who doesn’t mince her words–uttered with a hearty Massachusetts accent.

She’s also leading an atypical approach to climate science and politics. From December 7 to 18, national government representatives, UN officials and activists will meet in Copenhagen for the 15th annual Conference of the Parties (COP15) negotiations on climate change policy. Before that happens, Richardson wants to make sure the delegates know what they are talking about.

On March 10, she’ll be convening a three-day scientific conference called Climate Change: Global Risks, Challenges and Decisions to showcase cutting-edge research that updates the musty technical data from the last UN Intergovernmental Panel on Climate Change (IPCC) meeting in 2006. Richardson is determined not only to furnish the latest scientific information but to provide it in plain language–with clear recommendations on what world leaders should do.

PopSci spoke with Richardson about the tricky science and politics of climate change.

POPSCI: What’s the reason for this conference? Doesn’t the Intergovernmental Panel on Climate Change handle data collection for such meetings?

RICHARDSON: The strength of the IPCC reports is that they are based on consensus….The problem is, it takes time to build up consensus. That means that there’s no new science in the IPCC report from after 2005. There’s a lot of new information that [the Danes] want to make available to the people negotiating and also to the general public…With all this new information, there’s also a sense of urgency that maybe doesn’t come through from the material we had in 2005.

POPSCI: What kind of information?

RICHARDSON: It’s not just a question of “What do we know about the Earth systems?” It’s probably even more about “And what can we do about it?” How do we balance mitigation–trying to fight climate change—and adaptation—what do we have to live with and how can we do it?

How great a geopolitical issue is climate change? Is it a security risk in the way that the Pentagon and others are saying?

POPSCI: How are you going to answer those questions?

RICHARDSON: We’ve decided with this meeting to do two products. One is an academic-community product–probably a book published by Cambridge University Press. But the other will be a thirty-page synthesis in a language that everybody can understand, citing the main points of the meting.

POPSCI: Anything else that will be unique about this conference?

RICHARDSON: Normally when you have this kind of a meeting, there would be a session when you say, “OK glaciologists you all come here. And biodiversity people you all go there.”

We have 57 sessions that are all aimed at solving a problem. It’s not, “Glaciologists, come here. It’s “What does melting ice mean in terms of sea level change? Can we get to a consensus in this group here?”

It’s not biofuels for transport and how do we make the best plant to produce energy. It’s “Limitations and Potential of Biofuels.” That’s the bottom line here. Because I couldn’t end up having one meeting on biofuels for transport saying this is the greatest thing since sliced bread and another under biodiversity saying, “Don’t do it!” You have to get everybody in the same room and try to decide where the limitations are.

POPSCI: Do you have a sense already of what findings might be a surprise to the general public?

RICHARDSON: I think one of the main things is going to be the economics of it. We tend to view climate change as a luxury item—especially in a time of an economic crisis like now—that we can chose not to worry about.

I think the documented costs of not responding will change the economic understanding of how long a time frame we have to respond.

It’s the danger of reaching a tipping point, where there is a major change in the way the system works—a very dramatic climate change. Everybody assumes that things are happening linearly. You can screw a little on this button, and if things get too high then you can just screw down on another button. And I think the message will come through that you can’t.

POPSCI: So there won’t be easy tech fixes for climate change?

RICHARDSON: Some of the technologies that people are working on—the carbon capture and storage and such—are probably excellent for combating the symptoms of our activities in the short term. So they are transition technologies, but they are not long-term solutions.

POPSCI: What are some of the scariest things from a science perspective?

RICHARDSON: I definitely think sea level rise will be crucial.

POPSCI: Higher than we expected?

My own field deals with the ocean, which has actually taken up almost half of the extra CO2 that humans have put into the atmosphere. But it can’t continue. All the climate models assume that the ocean’s going to continue to take up CO2 like it’s always done. So I think definitely that there will be some real science surprises that come out of this meeting.

POPSCI: Will the relative importance shift from preventing climate change to adapting to the change that we are already committed to?

RICHARDSON: I think so. If I were negotiating this, what I’d want to know is, how do I get the balance between mitigation and adaptation right? I think you’ll come out of the meeting with a better feeling of what we can do but also why we have to mitigate, why we can’t just sit back and accept what’s happening and just adapt.

But that said, there are certain things we have to adapt to. What are the best ways to do that?

POPSCI: Will the science help to bring the parties together because it will make much clearer, for example, what the costs are?

RICHARDSON: Certainly, that’s one of my greatest hopes. These sorts of problems are bringing the academic community closer together.

But they are bringing the business community together as well. We have huge businesses supporting this conference–the traditional polluters as well as the wind people and so on. They’ve all seen that it’s critical that we change our whole energy system. It’s critical that we stop dumping out CO2.