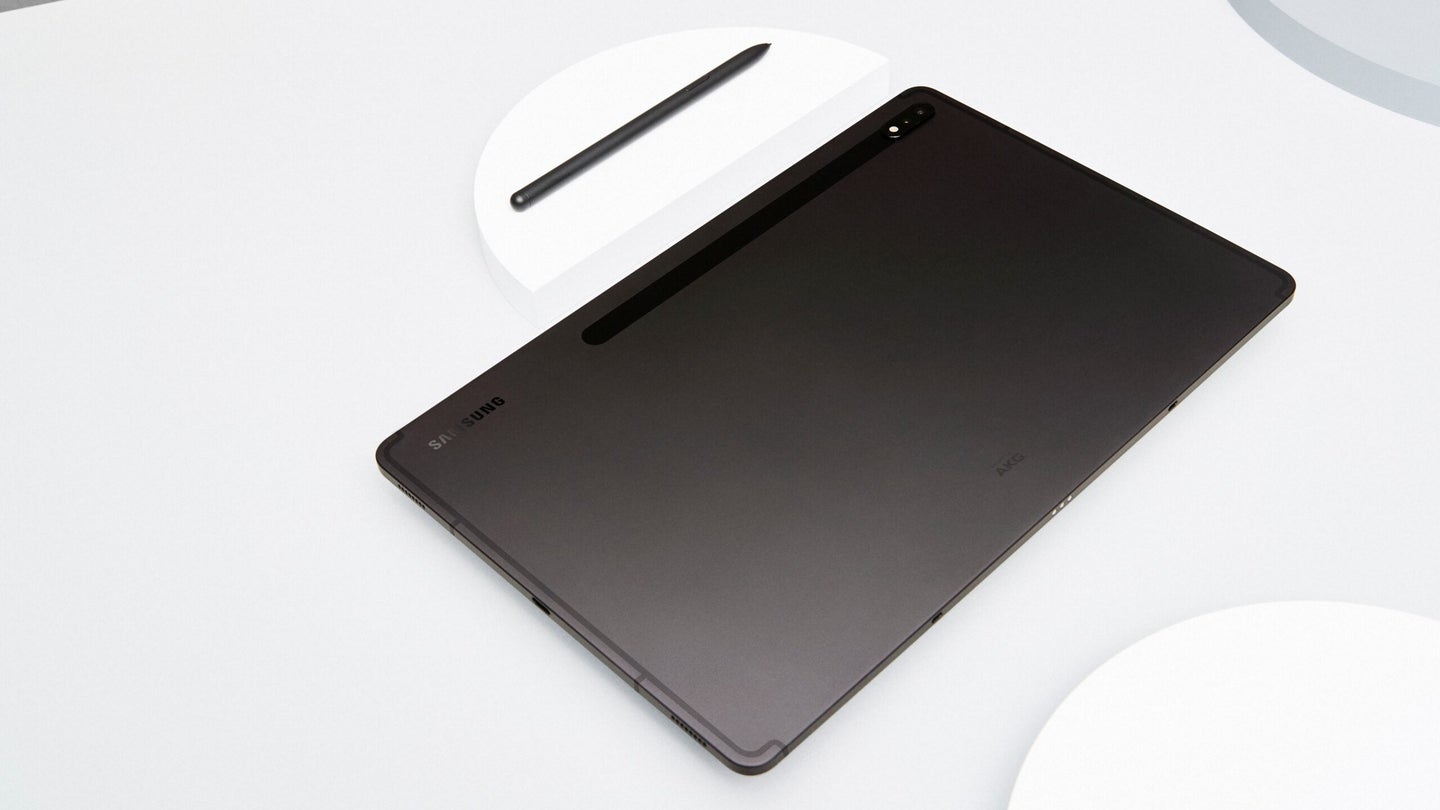 Samsung announced a trio of Galaxy Tab S8 tablets during its Galaxy Unpacked livestream held Wednesday, Feb. 9, including a new, extraordinarily large 14.6-inch Samsung Galaxy Tab S8 Ultra. In the past, Samsung has made a Samsung Tab S and a slightly larger, more powerful S+. Now—as with Samsung Galaxy S22, Plus, and Ultra smartphones—the Galaxy Tab S8 offers a “flagship” XL tablet option for anyone who wants a laptop-alternative tablet that doesn’t sacrifice screen size. All three of the tablets offer a suite of incremental upgrades, including a bump up to Android 12 out of the box, an upgraded processor, improved cameras, and more.

The Galaxy Tab S8 will feature an 11-inch 2560 x 1600p display with a 120Hz refresh rate. As with the Tab S7 series, the jump to an S8+ gets you a slightly larger, and ultimately better, display: the 12.4-inch 2800 x 1752p Super AMOLED display. Then, of course, there’s the Ultra, which has a 14.6-inch 2960 x 1848 Super AMOLED display. The pixel density does scale down slightly as the screens get bigger, likely because all three models feature the same 8-core 4nm processor, a presumed upgrade over the Tab S7 series.

All the models feature slightly improved cameras, though the Ultra offers a bigger jump for video callers: All three models feature 13MP autofocus and 6MP ultra-wide cameras on the back. On the front, the S8 and S8+ have a 12MP selfie camera, which is a notable jump over the 8MP camera on the Tab S7 series. The S8 Ultra will have a dual-camera setup in front with two 12MP cameras, one wide and one ultra-wide, incurring a small bezel notch that delineates the “top” of the screen, at least in landscape mode. The dual-cameras, along with a three microphone array for audio, should improve the Tab S8 Ultra’s viability as a video call device for power users. It also enables automatic framing, which allows the cameras to frame up a video call around any detected faces in the frame.

The Tab S8 line also includes myriad other small upgrades, including Wi-Fi 6E and Dolby Atmos support for its quad-speaker setup. Battery life for the S8 and S8 Plus remain unchanged, 8,000 mAh and 10,090 mAh, respectively, while the Tab S8 Ultra gets a slightly higher 11,200 mAh. That said, all three now feature 45W supercharging, which Samsung claims can fully charge the S8 and S8 Plus in as little as 80 minutes, or the Ultra in 90 minutes. Crucially, all three models feature a USB-C port and Micro SD card slot for expanded storage, which means no 3.5mm headphone jack again this year.

Whew, after all that, it seems safe to say that the Galaxy Tab S8 will remain a candidate for one of the best Android tablets, especially given the Tab S8 Ultra’s new, expanded size. It doesn’t seem like a banner year for the device, but we’ll be interested to see more of them, especially the Ultra, in the coming weeks.